Menopause not to blame for weight gain

Menopause not to blame for weight gain 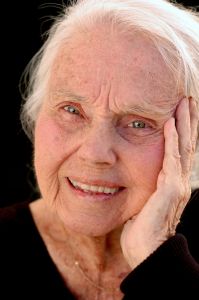 Singapore: Menopause doesn't cause women to gain weight, but affects where weight gain occurs, according to the latest research.

In a study published in the International Menopause Society's journal, Climacteric, researchers, led by Monash University's Professor Susan Davis, conducted a review of existing research and found that post-menopausal weight gain was not linked to hormonal changes.

However, as oestrogen levels drop - a consequence of menopause - women's weight gain patterns alter and body fat is stored around the abdomen, rather than the hips. Professor Davis, director of the Women's Health Group at Monash, said the idea menopause causes women to gain weight was a myth.

"At menopause a woman's ovaries shut down - which means they stop producing oestrogen. One of the effects of oestrogen is that it changes where a women's body deposits fat," Professor Davis said.

The study compared women who go through an early or late menopause to those who go through menopause normally. They found in all women the weight gain occurred at the same age, showing menopause itself was not the cause.

"It is really just a consequence of environmental factors and ageing which cause the weight gain. But there's no doubt the new spare type many women complain of after menopause is real," Professor Davis said.

Abdominal fat deposits are closely linked to a variety of conditions, such as heart disease, so it is important that women try to avoid the build-up of fat in this area. "What this translates to in real terms is that women going through menopause should begin to try to control their weight before it becomes a problem," Professor Davis said.

"This means all women should be thoughtful about what they eat and for many, it means being more active each day. Oestrogen therapy can also help, but each woman is different, so when you hit menopause, it's very important to discuss your health with your doctor."

The study was part of a special edition of Climacteric prepared for World Menopause Day on 18 October.