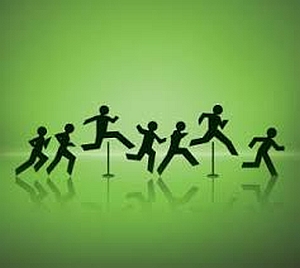 Although the Indian vaccine sector is plagued with regulatory hurdles, it has a substantial pipeline to look forward to

The enthusiasm that the vaccine sector has generated was evident at the recently organized Vaccine World Summit 2013 in Pune, India. The event, which proved to be a melting pot of vaccine industry experts, clinicians, regulators, funding agencies and research scientists, saw a large number of foreign agencies seeking to partner with Indian firms. Interestingly, majority of these firms were early stage technology platforms, who were involved in the development of vaccines.

Dr Suresh Jadhav, executive director, Serum Institute of India, very simply put the importance of Indian companies in context, when he said, "Around 75-to-80 percent of vaccines developed and procured by UN agencies are from the developing world and almost 80 percent of these are from India."

Dr T S Rao, adviser, Department of Biotechnology (DBT), India, highlighted that the vaccine industry is worth $260 million and this is slated to reach $500 million, according to consultancy firm McKinsey. These facts reinstate the belief that the Indian vaccine industry has a substantial impact on global immunization, and will continue to be of significance in the days for providing affordable quality vaccines to the world.

However, despite the several achievements, the sector is faced with obstacles. The dearth of a single window clearance is one of the major challenges that the vaccine industry faces in India. The continued delays in procuring permission for trials has affected not only companies but also medical professionals, who conduct trials for gaining a better understanding of the need and effect of vaccines for the Indian population. Mr Sai Prasad, VP, business development, Bharat Biotech, echoed this sentiment. He said, "The development of vaccines involves not one, but a number of government agencies. There are processes that need to be streamlined for the developing newer vaccines so that simple yet important things such as importing specific cell lines, is doable within a defined time limit."

Dr Rao further said that, "We realize that one of the challenges in the vaccine space is clinical trials of new vaccines. DBT is closely working with the DCGI to solve this issue regarding clinical trials."

This has prompted all the major vaccine manufacturers in India to form a Developing Vaccine Manufacturers Network. This industry body is currently in the process of assimilating the necessary demands of the vaccine industry as a collective and not an individual company and then present it to various agencies such as the DBT, Ministry of Health and Family Welfare, and the Indian Council of Medical Research among others.

However, a lot remains to be done. Mr Ranga Iyer, advisor, India Health Progress, said that despite the amazing progress by Indian individuals, "Two million vaccine preventable deaths still occur in India. India has huge capacities for vaccine production, with over 70 percent vaccines manufactured in India being exported. The per capita spend for vaccines for the Indian population is estimated to be only $0.01. When pentavalent vaccines were included in the Universal Immunization Programme
(UIP) last year, the original plan was to expand it to other states. However, until today it remains restricted to the two states of Kerala and Tamil Nadu."

With a substantial vaccine pipeline in store, the next five years could put Indian manufacturers on the innovation map. For now, it appears that the Indian population will have to wait in order to reap the benefits of the vaccine sector's efforts.