5 gifts that bioscience industry can give in 2013 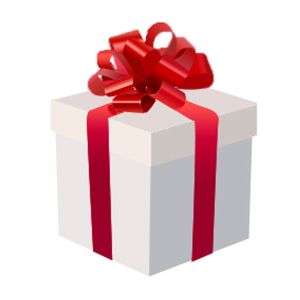 Genetic diagnostics, personalized healthcare, e-health â€” the list of trends and technologies that will make their presence felt in the coming years is long. Cutting through the bioscience industry jargon, BioSpectrum lists out five gifts of the bioscience industry that people will benefit from, especially in the emerging markets of Asia Pacific, in 2013.

Affordable diagnostic kits
In a survey conducted by BioSpectrum Asia, Diagnostics was one of the trends that was indicated as picking up in the APAC region. There is an awareness now among people and they have started using diagnostic kits for various purposes, such as to identify a specific disease, forecast the progress of a disorder and identify patients most likely to respond (or not respond) to specific treatments. Thanks to the competition among the start-ups, who have chosen diagnostics to enter the life science space, the rates of diagnostic kits have started coming down. But certainly much more is required from these companies.

Telemedicine
In countries such as India, where a huge part of population resides in far-flung geographies with very little or non-existent healthcare infrastructure, telemedicine can play a crucial role in improving access to quality doctors and treatments. There have been speculations on the reliability of telemedicine in providing quality healthcare. But with multinationals and big companies in APAC realizing the importance of telemedicine, the trend is likely to pick up and prove to be useful in the emerging countries struggling with their healthcare infrastructure.

Effective diabetes solution
With China acting as the diabetes capital of the world and India not lagging behind, the need for effective diabetes is certainly the need of the hour in Asia Pacific. Medical devices and drug companies are coming up with solutions to help curb diabetes. More can be expected from the bioscience industry in this field. A number of novel solutions that are emerging from some companies, but these are yet to reach the market.

Affordable drugs
Year 2012 has been tough for pharma companies, especially those operating in India. In March 2012, the Indian Patent Office granted permission to pharma company Natco to make generic version of Bayer's Nexavar for the Indian market. While this came as major blow to Bayer, it was a boon for poor patients who will benefit from a cheaper version of the drug. More affordable drugs from innovator companies will benefit patients, while also protecting their patents.

GM crops
There has been a lot of hype over GM crops, especially in Asian countries. While the number of GM crops approved in the region can be counted on fingertips, more effort is required by the nations to allow their safe and judicious planting, as they hold tremendous potential for the mankind including farmers and consumers. Strict regulations and clarity in guidelines will help streamline their testing and approval.