Accelrys to shut plant, slash 12 percent of its staff 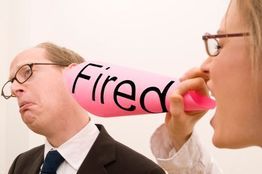 Accelrys will slash 12 percent staff and will spend a total of up to 7.5 million for restructuring itself

Singapore: Accelrys is going to slash 12 percent of its workforce and is also going to shut down its San Ramon facility in the US. The restructuring of the firm will be completed by the end of March 2014.

The 64,409-square-foot San Ramon facility, according to a Securities and Exchange Commission filing by the company in March 2013, is under lease until 2016. Accelrys has housed product development and some administrative staff at the location.

Accelrys, which is headed by CEO Mr Max Carnecchia, said that it will take a total charge of $6.1 million- to-$7.5 million connected to the restructuring, including $3 million in severance, retention and relocation costs and a non-cash charge of $1.2 million to $1.5 million tied to abandoning part of the San Ramon location.