Muted growth for Australia in 2011

Muted growth for Australia in 2011 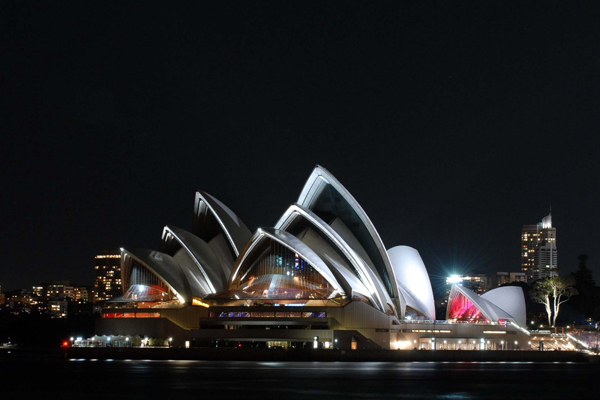 Despite concerns over the operating environment in Australia and predictions of receding demand in the domestic market, the bioscience industry in the country is reflecting bullish sentiments. In the Annual Biotechnology Industry Position Survey 2012, conducted by AusBiotech and Grand Thornton, 82 percent of the respondents-Australian Stock Exchange (ASX)-listed life sciences companies and AusBiotech member companies including unlisted members-were positive about the growth of their business in 2012.

The PricewaterhouseCoopers (PwC) BioForum April 2012 report says that during the period between January and March 2012, market capitalization of Australia's life sciences industry grew 11.7 percent to reach $36.6 billion (A$35.1 billion), while that of biotech and pharma industry rose 4.5 percent. This is a positive trend this fiscal, given that the industry recorded a 12.8 percent fall in the life sciences index in the July-September quarter of FY12.

Australia has more than 400 biotechnology and 600 medical technology companies. As of June 30, 2011, the industry has 102 ASX-listed companies with a market capitalization of $37.6 billion (BioForum report August 2011, PwC).

The biotechnology industry in Australia has shown good recovery since 2008 by attracting significant new investments of $554 million in 2010 against $672 million in 2009 and $183 million in 2008.
According to BioShares, the industry saw 14 percent increase in annual capital raising in 2011 to $630 million. The notable capital raises were made by Pharmaxis, Starpharma and Phosphagenics.

The size of Australia's medtech industry in 2010-11 stood at $8.3 billion (A$8.02 billion), up from $7.9 billion (A$7.6 billion) in 2009. The Australian medical technology industry is expected to grow at a CAGR of nine percent per annum over the next five years, according to Medical Technology Association of Australia (MTAA).

IMS Health put the pharmaceutical market for Australia for 2011 at $13.1 billion with growth rate of 4.8 percent over the previous year. BMI has placed the pharmaceutical expenditure in Australia in 2011 at $13.29 billion (A$ 12.85 billion). In 2012, it has estimated less than one percent growth in local currency terms to $11.79 billion (A$12.96 billion) and 11.1 percent negative growth in US dollar terms due to exchange rate fluctuations.

A Frost and Sullivan report on APAC healthcare predicts that healthcare expenditure in the region will grow 151 percent by 2015. But Australia is expected to record a muted growth at CAGR three percent to reach $198 billion against countries such as China and India that are predicted to show double-digit growth rates.

The buoyancy in the industry's performance stems from the fact that the country's biotechnology industry has performed well despite the challenges of economic downturn. The Australian biotech industry has been ranked fifth most innovative in the world by the Scientific American World View magazine (July 2011).

One of the most significant changes in terms of policy reforms has been the introduction of the research and development (R&D) tax incentive policy to boost innovation and research in the industry. There are other policy changes that had effects on the market. In the first quarter of 2011, it was announced that eight medicines would not be included in the country's pharmaceutical benefits scheme (PBS), which accounts for 75 percent of medicine spending, until 2013.

Having a drug listed means consistent high volume sales for these companies. However, the second quarter of 2011 saw 13 drugs being approved for inclusion on the PBS from September 2011, allowing patients to access these drugs at a significantly lower cost. The PBS also made it mandatory that all new reimbursement listing requests will be reviewed by the cabinet for approval.

In October 2011, Australia's Ministry of Health and Aging provided subsidized access to 48 medicines that will benefit more than 160,000 patients annually, effective from December 2011. This announcement came after an August 2011 report, released by Australia's Senate Finance and Administration References Committee, that recommended that the government reinstate the '$10.6 million (A$10 million) rule' so that the medicines with less financial impact can be listed on the PBS without the approval of the Cabinet.

Even though the overall employment condition in the industry in Australia is strong and 58 percent companies - respondents of Annual Biotechnology Industry Position Survey - are expecting to increase staff members, the economic and public policy environment is a concern. According to the industry position survey, only 24 percent found the atmosphere conducive for the growth of a biotechnology company.