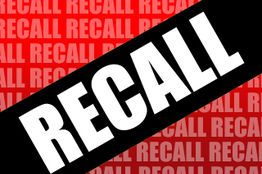 Pharmacies, dispensing clinics and wholesalers have been asked by British drug regulatory MHRA to stop selling 16 medicines made by Wockhardt with immediate effect

MHRA has called this a 'precautionary recall' as there is no specific evidence that the medicines were defective, the agency said. However, pharmacies and wholesalers have been asked to stop selling all the 16 medicines, even though patients haven't been asked to return the drugs.

"There is no evidence of a patient safety risk. However, the MHRA has to act in the interest of public health as poor manufacturing standards cannot be allowed to continue," the agency said in a statement.

In its statement, the MHRA has also said that the plant suffered from poor cleaning practices and defective ventilation systems. The agency inspection also found evidence of 'forged documents relating to staff training records.'

Confirming the recall, Wockhardt has said in press interviews that this recall would result in a one-time charge of $2.25 million this year. Exports from the Waluj plant constitute less than five percent of the company's total UK sales and less than two percent of overall sales, it added.

In May, the US Food and Drug Administration (FDA) had imposed an import ban on products from this factory as the plant failed FDA's safety inspection.