Diabetic kidney disease, also known as diabetic nephropathy is one of the most significant complications in terms of mortality and morbidity for patients with diabetes. 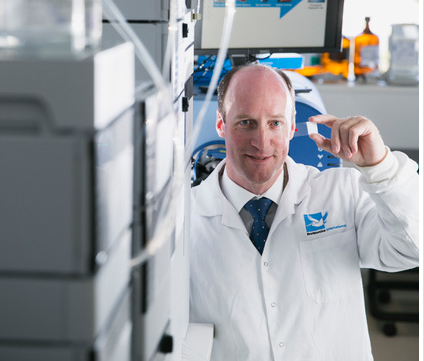 Globally, the diabetic nephropathy market is witnessing significant growth due to rise in the incidence of diabetes and obesity in different regions of the world. The global diabetic nephropathy market is likely to reach USD 3,145.9 million in 2020 (Persistence Market Research). At such rate, monitoring and management becomes crucial for diabetic patients. Recently, Proteomics International licensed their diabetic Kidney disease predictor test (PromarkerD) in the USA and Mexico. During his interaction with BSA, Dr Richard Lipscombe, CEO of Proteomics International talks about their star product, plans to launch in other countries and the future of diabetic kidney diagnosis.

Excerpts from the interview

Proteomics International has focused on applying our technology to precision and personalised medicine since 2007.

The standard tests for diagnosing kidney disease have been around for over 50 years and can only diagnose problems once they are already present. The existing tests cannot predict who will get sick into the future. Consequently the diabetes consultants connected to our research network were seeing an ever increasing number of people who already had chronic symptoms.

Proteomics International was approached to see if we could find better biomarkers for diabetic kidney disease using our technology.

Working with our clinical team, we followed the progression of the disease over a four year timeframe in a community based study of people with diabetes. At the end of this, we looked at all the variables that changed and were able to hone in on a small subset of biomarkers that correlated with the disease.

PromarkerD is a blood test that measures a panel of three proteins found in the circulation. This protein fingerprint is combined with clinical parameters such as age and cholesterol levels and then the PromarkerD algorithm calculates a risk score showing who is likely to get diabetic kidney disease in the near future.

The test is yet to be evaluated in people with pre-diabetes, however, clinical studies published by others have suggested kidney disease may begin at the pre-diabetes stage, hence PromarkerD may be useful for this group too.

The problem with managing kidney disease in Australia is no different from other parts of the world – with one-third of all adults with diabetes having chronic kidney disease the risk is that health systems will soon be overwhelmed by the numbers requiring dialysis or a kidney transplant.

The results from the clinical studies on PromarkerD were presented at the American Diabetes Association Annual Scientific Sessions last year and published in the prestigious journal Diabetes Care in November 2017.

The data covers two independent cohorts and over 1000 participants followed for four years.

Following the licences in the USA and Mexico, and the launch in the Dominican Republic early this year, PromarkerD is attracting attention from around the world. Proteomics International is now targeting the major healthcare markets of Japan, Europe and China.

For new technologies there are special regulatory pathways called Laboratory Developed Tests or “LDT”s, and Proteomics International is following this route for PromarkerD in target countries.

Indeed, we see the personalised medicine market more than doubling in size within the next 4 years. This is exactly where Proteomics International's technology platform is focused, both for developing new tests or helping to monitor drug therapies.

Proteomics International's diagnostics development is made possible by the company’s proprietary biomarker discovery platform called Promarker, which searches for protein ‘fingerprints’ in a sample. This disruptive technology can identify proteins that distinguish between people who have a disease and people who do not, using only a simple blood test. It is a powerful alternative to genetic testing.

Yes, we have an ongoing biomarker discovery and diagnostics development program, that employs the same Promarker  technology platform used to create PromarkerD.

Endometriosis affects one in ten women in their reproductive years and both incidence and health burden are comparable with diabetes. The current gold standard for detection is invasive surgery.

Giardia affects about 280 million people worldwide, and the risk for human health is to detect human infective strains of the Giardia parasite that can jump across from animals.

Milestones - both these tests are at the proof of concept stage and we expect key results over the next six months.

If nothing is done, diabetic kidney disease could overwhelm our health systems across the Asia region, USA and Australia and Europe.

According to the International Diabetes Federation there are now 425 million adults with diabetes. Kidney disease is one of the major complications of the disease and affects approximately one-third of all diabetics. Since 1990, chronic kidney disease (CKD) due to diabetes alone has climbed from 35th to now the 16th leading cause of death and years of life lost due to premature mortality in the USA. Kidney disease not specifically attributed to diabetes (although this could still be the cause) is ranked 9th, with the combined US healthcare spending attributed to CKD exceeding US$100 billion annually.

These statistics are only going to get worse.

Better diagnosis means early intervention and the potential to stop the disease progressing to a dangerous and or fatal stage. PromarkerD could help transform diabetes management globally.