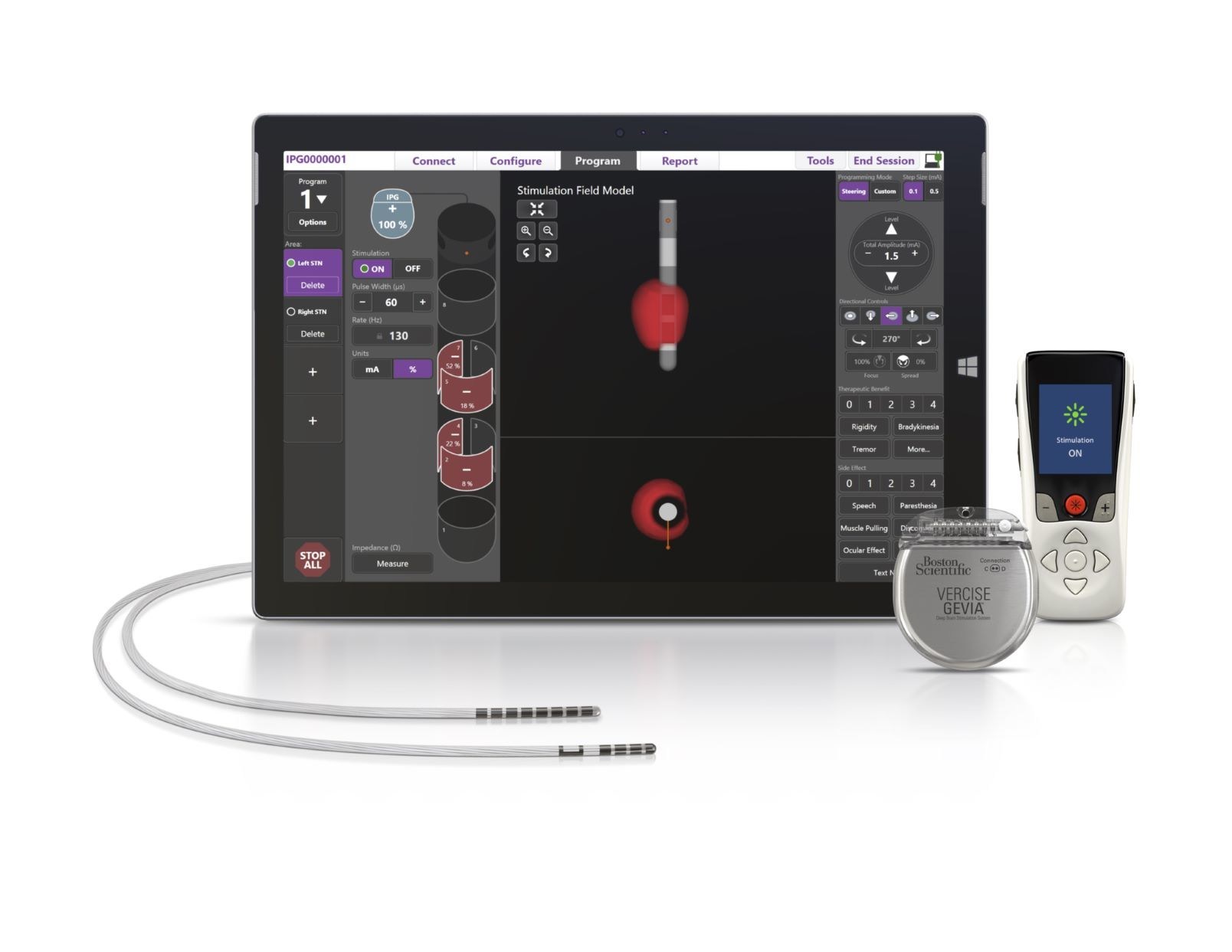 Boston Scientific Corporation has announced the U.S. Food and Drug Administration (FDA) approval of its ImageReady™ MRI labeling for the Vercise Gevia™  Deep Brain Stimulation (DBS) System to be used in a full-body magnetic resonance imaging (MRI) environment.1  This system, with the Vercise Cartesia™ Directional Lead, is designed to treat the symptoms of Parkinson's Disease (PD) by delivering precisely targeted electrical stimulation in the brain to provide optimal symptom relief and better control of unwanted side effects.

An estimated ten million people worldwide are affected by Parkinson's disease, causing symptoms such as shaking or tremors, muscle stiffness, and slowness of movement. DBS therapy helps patients with Parkinson's disease control their symptoms and improve their quality of life. This FDA approval allows patients to undergo a full-body MRI while benefiting from the latest advances in DBS therapy including directional stimulation and a longer-lasting rechargeable battery.

When evaluating which DBS system is best for each of my patients, I always consider the immediate and long term needs my patient might have so that we can effectively address a patient's therapeutic needs even as their disease progresses," said Dr. Robert Gross, MBNA Bowman Endowed Chair in Neurosurgery & Professor Department of Neurosurgery at Emory University. "Customizable therapy, battery life, the size of the device, and access to MRI are factors patients should talk to their doctor about when they are considering deep brain stimulation."

Clinical evidence from the INTREPID study demonstrated that patients treated with the Vercise System sustained a 48% improvement in motor function as measured by the Unified Parkinson's Disease Rating Scale (UPDRS) III scores over two years, which is favorable to previous published reports (25%, Follett, 2010).

The Vercise Gevia with Cartesia Directional Lead was approved by the U.S. FDA in January 2019, following the first-generation Vercise DBS System approval in December 2017. The ImageReady™ MRI Vercise Gevia System has also been commercially available in the European market since 2017.