Darolutamide is an investigational, non-steroidal androgen receptor (AR) antagonist with a distinct chemical structure that binds to the receptor, inhibiting the growth of prostate cancer cells 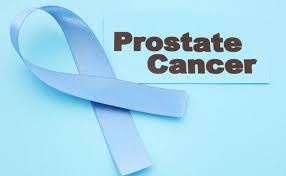 Bayer announced the U.S. Food and Drug Administration (FDA) has accepted the New Drug Application (NDA) and granted Priority Review to darolutamide for the treatment of non-metastatic castration-resistant prostate cancer (nmCRPC). The NDA and Priority Review status were based on data from the Phase III ARAMIS trial in men with nmCRPC. Darolutamide is an investigational, non-steroidal androgen receptor (AR) antagonist with a distinct chemical structure that binds to the receptor, inhibiting the growth of prostate cancer cells.

"Bayer is committed to addressing treatment gaps that exist along the continuum of care for men with prostate cancer," said Scott Z. Fields, M.D., senior vice president and head of Oncology Development at Bayer's Pharmaceutical Division. "With the NDA acceptance and Priority Review designation, we are an important step closer to bringing darolutamide to patients as quickly as possible."

The FDA grants Priority Review for the applications of medicines that, if approved, would provide significant improvements in the safety or effectiveness of the treatment, diagnosis, or prevention of serious conditions when compared to standard applications. Bayer has also been granted Fast Track designation by the FDA for darolutamide in men with nmCRPC.

Bayer recently submitted an application to the European Medicines Agency and the Ministry of Health, Labor and Welfare (MHLW) in Japan. Bayer is also in discussions with other health authorities regarding submissions.

Darolutamide is being developed jointly by Bayer and Orion Corporation, a globally operating Finnish pharmaceutical company.