AbbVie expands immunology portfolio in the U.S. with FDA approval of SKYRIZI™

AbbVie recently received approval of SKYRIZI from the Japanese Ministry of Health, Labour and Welfare (MHLW) for the treatment of plaque psoriasis, generalized pustular psoriasis, erythrodermic psoriasis and psoriatic arthritis 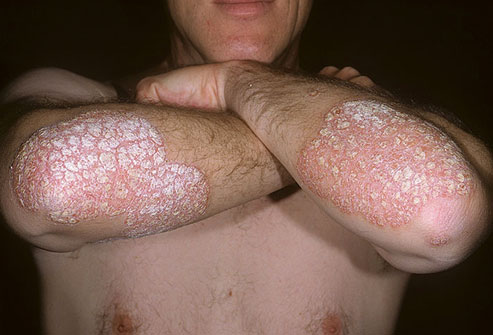 AbbVie , a research-based global biopharmaceutical company has announced that the U.S. Food and Drug Administration (FDA) approved SKYRIZI™ (risankizumab-rzaa), an interleukin-23 (IL-23) inhibitor, for the treatment of moderate to severe plaque psoriasis in adults who are candidates for systemic therapy or phototherapy. In clinical trials, SKYRIZI produced high rates of durable skin clearance – most people (82 and 81 percent) treated with SKYRIZI achieved 90 percent skin clearance (PASI 90) at one year, with the majority (56 and 60 percent) achieving complete skin clearance (PASI 100).

The recommended dose for SKYRIZI is 150mg – administered by two subcutaneous injections every 12 weeks following two initiation doses at week 0 and 4. SKYRIZI can be administered in-office or by self-injection after training.

"The approval of SKYRIZI is an important advance in the treatment of adults with plaque psoriasis who are seeking high levels of durable skin clearance that can be maintained over time," said Michael Severino, M.D., vice chairman and president, AbbVie. "SKYRIZI builds on AbbVie's legacy in immunology, expanding our portfolio to help meet the evolving needs in psoriatic disease and reinforcing our continued pursuit of innovations that improve care for people living with immune-mediated conditions."

Affecting 7.5 million Americans, psoriasis is the most prevalent autoimmune disease in the U.S. It is characterized by over activation of the immune system and widespread inflammation that causes painful, itchy plaques anywhere on the skin. People with psoriasis also experience a significant emotional, psychological and social burden that can negatively impact their quality of life.

"People living with plaque psoriasis can be profoundly impacted by their disease both physically and emotionally," said Stacie Bell, Ph.D., vice president of research and medical affairs, National Psoriasis Foundation. "The approval of a new therapy represents an important step forward in the treatment of psoriasis, offering dermatologists another option to help patients achieve their treatment goals."

The approval of SKYRIZI is supported by results from AbbVie's global Phase 3 psoriasis program, which assessed the safety and efficacy of SKYRIZI in adults with moderate to severe plaque psoriasis across four randomized, placebo and/or active-controlled pivotal studies: ultIMMa-1, ultIMMa-2, IMMhance and IMMvent. The co-primary endpoints of these studies were Psoriasis Area and Severity Index (PASI 90) and static Physician Global Assessment [sPGA] score of clear or almost clear [sPGA 0/1] at 16 weeks versus placebo.

SKYRIZI is part of a collaboration between Boehringer Ingelheim and AbbVie, with AbbVie leading development and commercialization of SKYRIZI globally.

AbbVie also received a positive opinion from the European Medicines Agency's (EMA) Committee for Medicinal Products for Human Use (CHMP) recommending marketing authorization for SKYRIZI for the treatment of moderate to severe plaque psoriasis in adults who are candidates for systemic therapy, with a regulatory decision in Europe expected in the first half of this year.