PharmaCyte’s therapy for Type 1 diabetes and insulin-dependent Type 2 diabetes involves encapsulating a human cell line that has been genetically engineered to produce, store and release insulin in response to the levels of blood sugar in the human body. 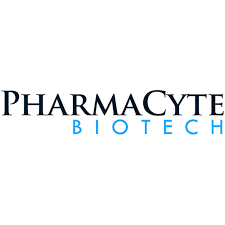 PharmaCyte’s Chief Executive Officer, Kenneth L. Waggoner, said, “We are now in the process of monitoring the growth and division of the live cells as they spend more time in a ‘nutrient bath.’ This will allow the cells to continue to grow and divide and then completely fill the capsules. Once the capsules are completely full of live cells, they will be placed into syringes and frozen. Austrianova will then commence testing the capsules in the frozen syringes to finalize PharmaCyte’s clinical trial material.”

Since its pre-production “engineering runs” in late 2018, Austrianova has further enhanced the manufacturing process and equipment. Once the testing of the syringes is successfully completed, the data and reports generated from this process will allow the completion of the Investigational New Drug application (IND) that must be submitted to the U.S. Food and Drug Administration (FDA) to apply for approval to begin a clinical trial in LAPC.