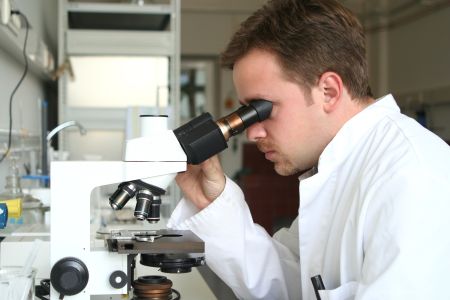 According to the researchers, the ammunition is running out in the battle with drug-resistant influenza viruses

Singapore: Scientists from The Genomics Research Center of Academia Sinica in Taiwan have developed a simple system to detect Tamiflu susceptibilities of the influenza viruses that show up in clinics.

Tamiflu, an orally available drug targeting influenza neuraminidase, has been used widely in clinics for treating influenza virus infections. Over the years, influenza viruses have developed resistance to Tamiflu. A timely judgment of the use of Tamiflu or Zanamivir, another neuraminidase inhibitor with nasal administration, on treating virus-infected patients is important to ensure correct and effective treatment. Once resistant viruses are found, new anti-influenza agents are needed to treat the patients carrying drug-resistant viruses.

The group further used this method to examine the pandemic and Taiwan seasonal influenza isolates collected between 2005 and 2009. They found that many 2009 pandamic viruses and all seasonal influenza strains in Taiwan were Tamiflu resistant since late 2008.

Unlike the laboratory tests that require sophisticated instruments, the RABC assay can be modified into a quick test and the results are judged by naked eyes. In combination with the sugar array technologies developed at the Genomics Research Center, the RABC assay is used for simultaneous determination of hemagglutinin subtypes and the Tamiflu susceptibility of influenza viruses.

The GRC group also foresees that the ammunition is running out in the battle with drug-resistant influenza viruses. In 2007, the team discovered Tamiphosphor as a new potent neuraminidase inhibitor against human and avian influenza. The team has continuously worked on improving the efficacy of Tamiphosphor against influenza viruses. By incorporation of guanidine group and monoethyl ester, the new Tamiphosphor derivatives showed enhanced activity against a wide range of Tamiflu-sensitive and Tamiflu-resistant viruses in mice tests. Thorough pharmacokinetics studies in animals indicated that the Tamiphosphor derivatives survive through metabolism. These molecules may be developed with non-oral administration, or made orally available with improvements in formulation. The research results showed promise to develop new anti-influenza agents for practical therapeutic uses.

This research project was directed by Dr Chi-Huey Wong and Dr Jim-Min Fang, a professor at National Taiwan University, with a joint appointment at the center. In addition to the scientists at the center, the project involved efforts from the Center of Disease Control in Taiwan, Dr Oliver Yoa-Pu Hu from National Defense Medical Center in Taiwan and Taimed Biologics and Dr E Bart Tarbet from the Utah State University in the US.