Insight into mechanism in Staphylococci bacteria

Insight into mechanism in Staphylococci bacteria 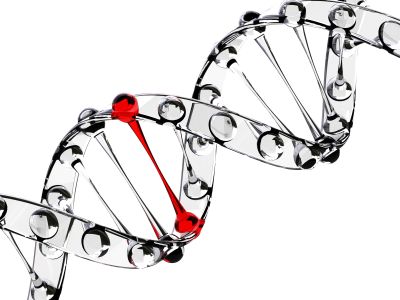 The findings have been published online in the journal PLoS One

Singapore: A recent study by a research team from the Institute of Biological Chemistry (IBC) in Taiwan, led by distinguished research fellow Andrew H-J Wang, has increased understanding of the molecular mechanism of antibiotic resistance in the Staphylococci bacteria. The team found that multiple antibiotic resistance regulator TcaR in Staphylococcus epidermidis can bind to single-stranded DNA (ssDNA) and inhibit its replication. It is hoped that the findings, published online in the scholarly journal PLoS One on September 21, 2012, will aid the development of new treatments for Staphylococci infection.

The Staphylococci bacteria are one of the most common causes of bacterial infection. They can cause a wide variety of diseases in humans through invasion and toxin production, and also by producing biofilm to protect themselves from the host immune system and the action of antibiotics. Staphylococcus aureus is the most well-known species as it is the cause of many antibiotic resistant hospital- and community-acquired infections. The protein TcaR from the multiple antibiotic resistance repressor (MarR) family of proteins is known to be responsible for the regulation of antibiotic resistance and biofilm formation in Staphylococci. However, the detailed mechanism of this action is unknown.

In this study, the team used electrophoretic mobility shift assay (EMSA), circular dichroism (CD), and Biacore analyses to show that that the TcaR protein can interact strongly and cooperatively with ssDNA, thereby identifying a new role for MarR family proteins. In order to investigate the regulation mechanism of the ssDNA binding ability of TcaR, the team further used electron microscopy to reveal the TcaR-ssDNA complex. Their study also showed that TcaR could inhibit viral ssDNA replication and provide viral resistance against ssDNA phage in E. coli. Overall, the study suggests that TcaR plays a role in regulation of DNA replication.

"It is very exciting that we present the first attempt to investigate the TcaR-ssDNA interaction. We anticipate that the results of this work will extend our understanding of MarR family proteins and broaden the development of new therapeutic strategies for Staphylococci,"said Mr Wang.

The research was conducted and financed by Academia Sinica and grants from the National Research Program for Biopharmaceuticals, a project funded by the National Science Council of Taiwan.