Singapore to reduce and control BP in hypertensive patients

Researchers call for national scale-up of the intervention 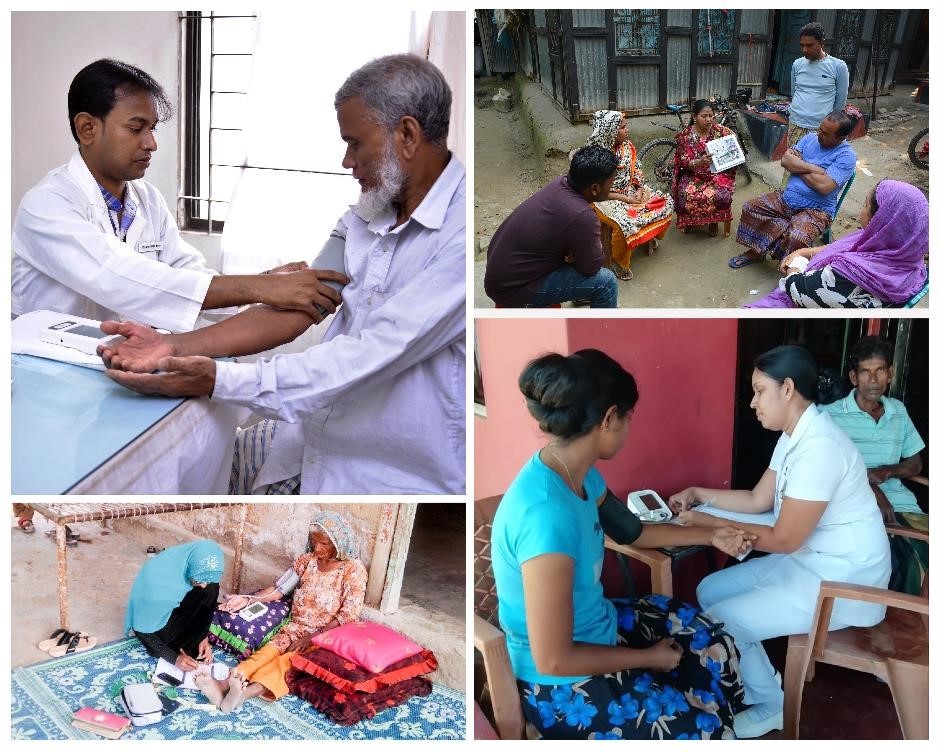 Uncontrolled hypertension, a major risk factor for cardiovascular and kidney diseases, is a leading cause of death globally. In rural parts of low- and middle-income countries, particularly in Asia, where health systems are suboptimal, one in four adults suffers from hypertension – 70 per cent of which is uncontrolled – leading to some of the highest death rates from both cardiovascular and kidney diseases.

“A sustained 5 mmHg reduction in systolic BP at a community level historically translates into about a 30 per cent reduction in death and disability from cardiovascular disease,” said Professor Jafar, who is also a Professor of Global Health at the Duke Global Health Institute (DGHI), USA. “Our study demonstrates that an intervention led by community health workers and delivered using the existing healthcare systems in Bangladesh, Pakistan, and Sri Lanka can lead to clinically meaningful reductions in BP as well as confer additional benefits – all at a low cost.”

“Community health workers are an integral part of the primary care infrastructure for the successful door to door delivery of maternal and child healthcare in South Asia – as well as China, Mexico, and Africa,” Prof Jafar added. “Our findings show that community health workers can have an equally important role in managing hypertension.”

The multi-country Control of Blood Pressure and Risk Attenuation – Bangladesh, Pakistan, Sri Lanka (COBRA-BPS) study is a cluster randomised trial that evaluated the effectiveness of the multi-component intervention among 2,550 individuals with hypertension living in 30 rural communities in the three South Asian countries over two years.

The study is funded by the Joint Global Health Trials scheme, which includes the Medical Research Council, the UK Department for International Development (DFID), the National Institute for Health Research (NIHR) and the Wellcome Trust. The COBRA-BPS study is led by Prof Jafar and her team at Duke-NUS Medical School, with data management and statistical analysis supported by the Singapore Clinical Research Institute (SCRI), in partnership with Dr Aliya Naheed from the International Centre for Diarrhoeal Diseases Research, Bangladesh (ICDDR,B), Dr Imtiaz Jehan from Aga Khan University, Pakistan, and Prof Asita de Silva from the University of Kelaniya, Sri Lanka.

This is the first multi-country trial of its kind and, as such, serves as a model of South-South collaboration. While there are differences in the health systems and some population characteristics in the countries involved, BP control rates are uniformly poor in all of them. Nonetheless, the study found that similar results were achieved in all three countries with standardised strategies, suggesting that the intervention has validity in different settings.

National advisory committees (NACs) have been established in the three countries, with representatives from professional societies, public health groups, public agencies, relevant pharmaceutical companies and non-governmental organisations. Discussions with provincial health departments and NACs are ongoing to facilitate the scale-up of the intervention in the three countries.

Dr Aliya Naheed, the study’s country principal investigator in Bangladesh and a co-author, said, “Uncontrolled hypertension is a major cause of cardiovascular disease, especially stroke, in Bangladesh. The COBRA-BPS strategies of community-health-worker-driven home-based monitoring of BP using a digital BP monitor, promotion of a healthy lifestyle, and referral have created a high demand for much-needed quality hypertension care services in rural Bangladesh.”

Dr Imtiaz Jehan, the study’s country principal investigator in Pakistan and a co-author, said, “Uncontrolled hypertension and lack of awareness of the disease are alarmingly high in Pakistan. Controlling BP through lifestyle modification and antihypertensive therapy can be the single most important way to prevent the rising rates of cardiovascular disease and deaths in Pakistan. This trial provides timely evidence for sustainable, low-cost and pragmatic solutions for effective BP control that can be integrated into our public primary healthcare system of community health workers and referrals to basic health units through standardised training and task shifting.”

Prof H. Asita de Silva, the study’s country principal investigator in Sri Lanka and a co-author, said, “Despite having access to effective medicines free of charge through State healthcare institutions in Sri Lanka, only about 25 per cent of those treated achieve BP control. Traditional approaches to health service delivery, reliant on people presenting to clinics, are clearly not good enough. Instead, innovative models of cardiovascular care must incorporate primary healthcare strategies that enhance reach to underserved populations. COBRA-BPS has demonstrated that a community-level intervention delivered by our dedicated community health workers can significantly improve BP control.”

A formal cost-effectiveness analysis is currently underway by Prof Eric Finkelstein, a health economist at Duke-NUS and DGHI. Early estimates by the study group suggest that scaling up the COBRA-BPS intervention nationally in the three countries would cost less than US$11 per patient annually.

“The public health implications of our findings are significant,” Prof Jafar added. “A low-cost programme like ours could be adapted and scaled up in many other settings globally, using the existing healthcare infrastructure to reduce the growing burden of uncontrolled hypertension and potentially save millions of lives, as well as reduce suffering from heart attacks, strokes, heart failure and kidney disease.”