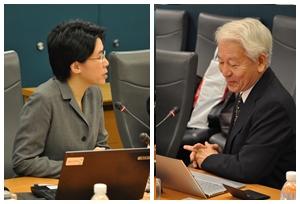 Singapore: A phase III memorandum of understanding (MoU) was signed between Thailand's BIOTEC and Japan's National Institute of Technology and Evaluation (NITE) on October 24, 2012, at the BIOTEC science park in Thailand.

The three-year MoU aims to strengthen cooperation to promote the conservation and sustainable use of biological resources in Thailand and Japan. Present at the signing ceremony were Professor Itaru Yasui, president, NITE, and Dr Kanyawim Kirtikara, executive director, BIOTEC.

The collaboration between two organizations commenced under the first MoU in 2005 and expanded to the second phase in 2008. The first and second phases were a success with the close collaboration between BIOTEC Culture Collection (BCC) and NITE Biological Resource Center (NBRC) through several joint research projects of taxonomy of specific bacteria, fungi, yeasts and their applications.

More than 50 new species of microbes were discovered and at least 30 joint publications were produced through regular exchanges of scientists and close communication between research teams.

For this third phase, exchange of microbial cultures between BCC and NBRC will continue to be implemented in compliance with the Nagoya Protocol. Due to the 2011 major flood in Thailand, research collaboration on microbial ecology has been initiated in this phase, concentrating on the study of massive deposition of organic matters and toxic substances which potentially led lead to remarkable alteration in microbial ecology system. In addition, BIOTEC and NITE will jointly develop a curator course to enhance culture collection management in the Asian region.