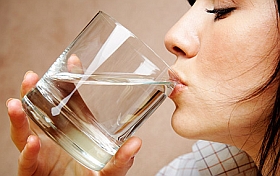 Singapore: Japan-based Eisai is going to launch its new carbonated supplement drink named 'Chocola BB Sparkling + Fiber'. The drink will contain Niacin and would be available at convenience stores and train station kiosks throughout Japan from March 4, 2013.

In recent years, there has been a steady decrease in the intake of daily dietary fiber among Japanese women in the age group of 20-to-30 due to an unbalanced diet brought about by Westernized lifestyles, dieting, and other factors. The dietary fiber contained in the drink is enough to provide approximately half of the dietary fiber missing from the current daily fiber intake average among women in Japan.

Eisai will continue to provide the Chocola BB family of products to address the diversified needs of female consumers and support an ever-growing number of consumers in achieving optimal health and beauty in their everyday lives.