Ranbaxy advisory: All our products are safe and efficacious 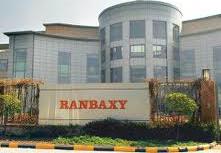 Ranbaxy issued an advisory in public interest for patients, doctors and all its stakeholders

New Delhi: Ranbaxy issued an advisory claiming that all their products in the Indian and global markets are safe and efficacious.

The firm revealed that the advisory was issued in public interest for patients, doctors and all its stakeholders. The company also highlighted that it stands by the quality of every medicine that it makes and distributes in India and across the world.

The company's Indian facilities are routinely inspected by the Drug Controller General of India (DCGI) and many other leading global regulatory agencies, the group added in their press statement.