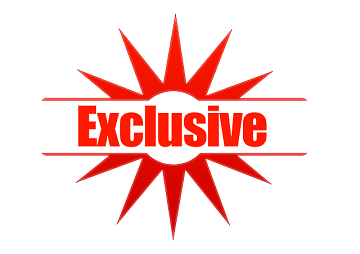 Galeterone is a drug candidate for prostate cancer

Singapore: Japan's Tokai Pharmaceuticals, a clinical-stage biopharmaceutical company focused on developing novel therapies for prostate cancer and other hormonally driven diseases, has partnered with technology firm, Qiagen, for the development and commercialization of an AR-V7 companion diagnostic for use with galeterone, a drug candidate for prostate cancer.

Under the expanded agreement, Tokai will receive the exclusive right from Qiagen to its newly acquired circulating tumor cell (CTC) enrichment technology for use with galeterone, which will be incorporated into the companion diagnostic already under development by Qiagen.

"We are pleased to be expanding our partnership with Qiagen with exclusive access to their newly acquired CTC enrichment technology for use with the AR-V7 companion diagnostic for galeterone," stated Mr Jodie Morrison, president and chief executive officer, Tokai Pharmaceuticals. "This access adds further support to our growing IP portfolio for galeterone for AR-V7 positive castration-resistant prostate cancer (CRPC). Qiagen is a global leader in liquid biopsy-based solutions for precision medicine and has the expertise to commercialize the companion diagnostic around the world. This global capability will be critical as we work to bring galeterone to prostate cancer patients who test positive for AR-V7, which has been linked to non-responsiveness to commonly used oral therapies. It is our belief that future availability of this companion diagnostic for AR-V7 will allow prostate cancer patients and their physicians to make more informed decisions regarding their care."

Development of an AR-V7 companion diagnostic for use with galeterone has been underway since October 2014. Qiagen's newly acquired CTC technology was utilized in the AR-V7 assay methods developed by the Johns Hopkins University licensed by Tokai in January. Tokai and Qiagen expect that development of the AR-V7 clinical trial assay will be completed in the first half of 2015 prior to the start of the ARMOR3-SV AR-V7 metastatic CRPC registration clinical trial.

"Our partnership with Tokai Pharmaceuticals, one of the collaborations which we are pursuing with pharma in this area, is expected to result in a liquid biopsy, CTC-based test for the AR-V7 splice variant in the first half of this year, with the potential to enhance outcomes for prostate cancer patients," said Mr Peer M Schatz, chief executive officer, Qiagen. "Following the success of the first-ever regulated companion diagnostic for solid tumors based on molecular biomarkers from a liquid biopsy in Europe, we are expanding our portfolio of highly accurate tests that analyze samples of body fluids that are non-invasive and more accessible than traditional tissue biopsies. Our liquid biopsy portfolio holds potential to create valuable insights and improve outcomes for patients."