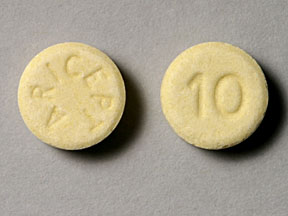 Some of the symptoms experienced by people with Down's syndrome are common to some sufferers of Alzheimer's, for which Aricept has long been prescribed

Singapore: Japanese pharmaceutical company Eisai has said that it will soon begin therapeutic testing of a drug that it hopes will slow the decline in quality of life for some people with Down's syndrome.

The firm will trial its 'Aricept' donepezil hydrochloride drug, commonly used to treat some of the symptoms of Alzheimer's disease, on people between the ages of 15 and 39 who have Down's syndrome.

An Eisai spokesperson said, "This testing, if effective, might show that the medication could improve their condition and help improve the quality of their lives. It could also ease the burden on their caregivers," the spokesman said.

Some of the symptoms experienced by people with Down's syndrome are common to some sufferers of Alzheimer's, for which Aricept has long been prescribed.

The spokesperson added that the testing will initially involve 10 hospitals across Japan, with many people in the affected age group. The programme will continue for up to four years.

The drug is not intended to treat the underlying condition, rather it is hoped it will target some of the symptoms, he further said.

Around one in every 830 newborns in the US has Down's syndrome, according to the National Institutes of Health. This equates to about 250,000 people in the US population.