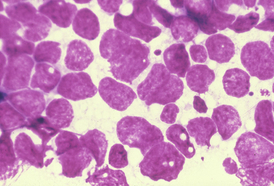 Singapore: The GBI Research has revealed that the non-small cell lung cancer (NSCLC) therapeutics market value in the Asia-Pacific (APAC) region - Australia, China, India and Japan - is likely to increase at CAGR of 6.3 percent during 2012-2019 to $2.9 billion by 2019 from $1.8 billion in 2012.

Japan and China had the largest shares of the region's NSCLC market in 2012, with 48.5 percent and 41.5 percent, respectively.

Meanwhile, Australia and India had lower shares of 5.9 percent and 4.1 percent.

"Additionally, the expected launches of premium-priced novel antibodies and immunotherapies in the first and second lines of therapies, targeting both Squamous and Non-Squamous NSCLC patients, will widen the eligible treatment population. This will ultimately maximize the patient share and provide a boost for the market," commented Ms Sravanthi Addapally, senior analyst, GBI Research.

Currently, the NSCLC pipeline is very strong, with a total of 290 active molecules in development, either as monotherapies or in combination with chemotherapy.

Promising candidates in the late-stage clinical trials include second-generation Tyrosine-Kinase Inhibitors, such as Pfizer's dacomitinib and Boehringer Ingelheim's Gilotrif.

This latter therapy is currently a pre-registration drug in Japan for Epidermal Growth Factor Receptor-positive patients.

"In spite of many expected drug launches, growth in this treatment market is forecast to be marginal due to the dominant generic penetration of NSCLC drugs in India. A complex and lengthy regulatory pathway and limited reimbursement from national insurance programs in China, as well as regular price cuts in Japan, will also hinder further market expansion in the APAC region." added Ms Addapally.