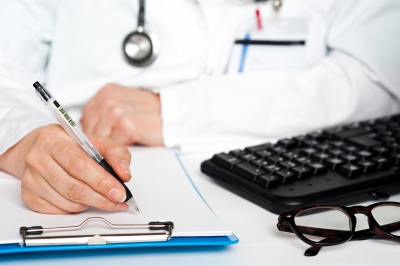 The phase III, open-label trial in Japan is similar in design to the completed Phase III trial conducted in the United States and other countries

Singapore: Leading biopharmaceutical company Aegerion Pharmaceuticals that is dedicated to the development and commercialization of novel therapies for patients with debilitating rare diseases has said that it is going to begin phase III clinical trials in Japan.

The company said that patient enrollment has been initiated in Japan in a clinical trial of lomitapide as an adjunct treatment to reduce low-density lipoprotein cholesterol (LDL-C) in Japanese patients with homozygous familial hypercholesterolemia (HoFH).

The phase III, open-label trial in Japan is similar in design to the completed Phase III trial conducted in the United States and other countries. Estimated enrollment is between five and ten adult HoFH patients who are receiving concomitant lipid-lowering therapies, including, in some cases, apheresis.

After a six week run-in period, patients will receive lomitapide for 26 weeks, starting at 5 mg/day and escalating to a maximum dose of 60 mg based on tolerability. After 26 weeks, patients will enter a 30 week safety phase. The primary endpoint is % change in LDL-C levels from baseline to week 26. Secondary endpoints include % change in lipid parameters, long-term safety, and changes in hepatic fat from baseline to week 56. The Japanese regulatory authorities (PMDA) have indicated they will allow the new drug application to be filed following completion of the 26 week efficacy phase.

"This pivotal trial marks an important milestone for Aegerion and Japanese HoFH patients. Japan is a well-characterized region for patients with severe hypercholesterolemia and investigators there have shown a high level of enthusiasm for the trial, recognizing the unmet clinical need for their patients living with this serious disease," said Mr Mark Sumeray, MD, Chief Medical Officer.

"Initiation of the phase three trial in Japan allows us to sharpen focus on our regulatory timeline as we seek approval in this key market. We currently hope to submit the filing for marketing approval in Japan as early as mid-2015," said Ms Martha Carter, Chief Regulatory Officer.

HoFH is a serious, rare genetic disease inherited from both parents that impairs the function of the receptor responsible for removing LDL-C ('bad' cholesterol) from the body. A loss or impairment of LDL receptor function results in severe elevation of blood cholesterol levels. HoFH patients often develop premature and progressive atherosclerosis, a narrowing or blocking of the arteries.