Zeria gets nod for Acofide Tablets in Japan 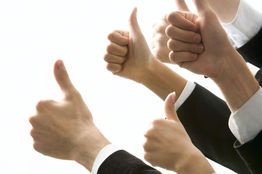 Zeria gets nod for Acofide Tablets in Japan

Singapore: Zeria Pharmaceutical and Astellas Pharma announced that, Zeria has obtained the marketing approval of Acofide Tablets 100mg for the treatment of functional dyspepsia (FD) from the Ministry of Health, Labour and Welfare in Japan. Acofide has been co-developed by both companies.

Acotiamide hydrochloride hydrate is a new chemical entity originated by Zeria, and inhibits peripheral acetylcholinesterase activities. Acetylcholine is an important neurotransmitter to regulate gastrointestinal motility, and through the inhibition of degradation of acetylcholine, Acofide improves the impaired gastric motility and delayed gastric emptying, and consequently the subjective symptoms of FD such as postprandial fullness, upper abdominal bloating, and early satiation.

Acofide, the world first FD treatment which demonstrated efficacy in the patients with FD diagnosed by the Rome III, will be launched in Japan ahead of the rest of the world.

Also, since Acofide will be the first treatment with FD indication, Zeria and Astellas will co-promote Acofide for the sake of the increase of disease awareness of FD, the prompt market penetration, and the maximization of product potential.

In March 2008, Zeria and Astellas concluded the agreement for the co-development and co-marketing of Acofide and, subsequently conducted the co-development. In September 2010, Zeria submitted the application for marketing approval to the Ministry of Health, Labour and Welfare in Japan.