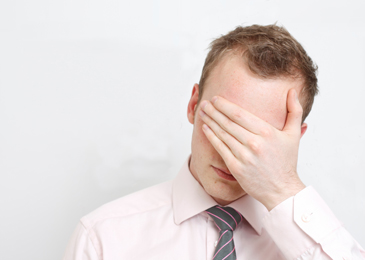 Daiichi Sankyo's comments upsets the Singh family, which is the former shareholder and owner of Ranbaxy

Singapore: Japanese drugmaker Daiichi Sankyo, which currently holds a majority stake in Ranbaxy, had earlier highlighted that it believes that former shareholders of Ranbaxy concealed and misrepresented critical information concerning the US Department Of Justice (DOJ) and US FDA investigations following which the Indian had to pay $500 million in penalty.

Prior to its acquisition by Daiichi, Ranbaxy was a business run by the Singh family. The family has in a statement said that the comments made by the Japanese drug maker was an obvious reference to the members and companies of the Singh family.

The statement issued by the Singh family also pointed out that at every step of the way during the negotiation process, Daiichi Sankyo and its representatives were made aware of the on-going US FDA and DOJ investigations. They were also given full access to the documents at Ranbaxy pertaining to US FDA and DOJ investigations. Daiichi Sankyo went in to the deal after satisfying itself with its due diligence, with knowledge of the US DOJ and FDA investigations and with the benefit of legal advice.

At the request of Daiichi Sankyo, Mr Malvinder Singh also agreed to continue at Ranbaxy for a period of five years, the family said. Mr Singh left Ranbaxy in the middle of 2009 following which Dr Une sent him a personal letter of appreciation to thank him for the many valuable contributions made by him and the Singh family to Ranbaxy.

The family pointed out that, the letter by Dr Une said, among other things, that, "On behalf of the board members of Ranbaxy Laboratories Limited, we greatly appreciate the many valuable contributions made by you and your family to Ranbaxy. Under the leadership of your family, Ranbaxy has grown from a small pharmaceutical company providing products to the people of India in the early years of the last century to an international generics giant that today has sales of several billion dollars and customers on every continent and competes internationally with the best in the industry."

The statement also said that as late as April 2012, Mr Malvinder Singh was invited by Ranbaxy to attend a launch of Ranbaxy's new product. Dr Une met Mr Singh at that launch. There was no suggestion by Dr Une or anyone else on behalf of Ranbaxy or Daiichi Sankyo at that time that there was any concealment or misrepresentation.

The family said that the belated suggestion, made years after the fact, that information was concealed from and/or misrepresented to Daichii Sankyo is false and designed to divert attention away from Daiichi Sankyo's own failures to protect itself and its shareholders in the negotiations and agreement with the Singh family shareholders of Ranbaxy.

It was recently reported that Ranbaxy had entered into a settlement agreement with the US FDA and DOJ in relation to their investigations and that under that settlement agreement, Ranbaxy agreed to pay penalties worth $500 million to the US FDA and DOJ. The Singh family said that it is unfortunate that having made that decision, Ranbaxy's largest shareholder, Daichii Sankyo, is now trying to desperately shift the blame as regards Ranbaxy's current situation away from itself. That is, of course, very convenient.