WHO: Bird flu is back in China 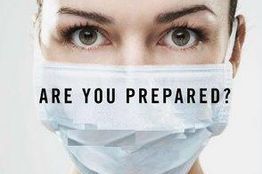 Singapore: Three cases of human infection with influenza A (H7N9) has erupted in China, notified China Health and Family Planning Commission to World Health Organization (WHO). The cases were laboratory confirmed on March 29, by China CDC. Laboratory testing for influenza A(H3N2), A (H1N1) pdm09 and A(H5N1), as well as for novel coronavirus, has been negative.

The cases were reported from Shanghai (2 cases) and Anhui province (one case). All three cases presented with respiratory tract infection with progression to severe pneumonia and breathing difficulties. Disease onset was between February 19 and March 15, 2013. Two of the cases died. The third case is currently in critical condition.

Until date no epidemiological link between the cases has been identified. An investigation including follow-up of contacts is ongoing. So far no further cases have been identified among the 88 identified contacts under follow up.

Investigations into the source of infection and mode of transmission are ongoing. Chinese government is actively investigating this event and has instituted enhanced surveillance, laboratory strengthening and training of healthcare professionals for detection, reporting and treatment.