Why Mylan sued US FDA over Diovan generic?

Why Mylan sued US FDA over Diovan generic 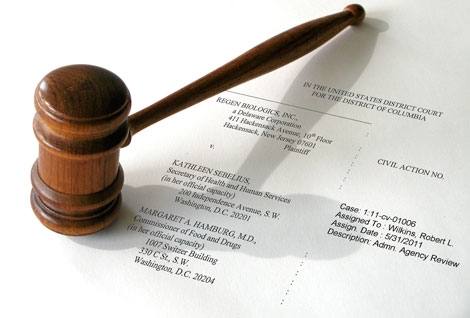 Multinational pharmaceutical company Mylan sued the US Food and Drug Administration (FDA) for approval to sell a generic version of Novartis' blockbuster anti-hypertensive drug Diovan (valsartan). Novartis lost pediatric exclusivity for Diovan on September 21, 2012. According to Mylan, the FDA failed to grant approval for selling its generic valsartan despite Ranbaxy failing to get its 180-day marketing exclusivity for the drug.

Mylan filed a complaint and motion for a preliminary injunction against the FDA in the US district court of Columbia on October 2, 2012.

Diovan generated $5.7 billion in revenue for Novartis last year, according to the company's annual report. And Ranbaxy, which was eligible for the 180-day marketing exclusivity for filing the ANDA first, failed to receive tentative approval from the US FDA for its drug within 30 months of submission (by June 28, 2007). It received the tentative approval on October 25, 2007 (four months after the deadline), says the complaint filed by Mylan in court.

Mylan submitted an Abbreviated New Drug Application (ANDA) with the US FDA on September 15, 2008, for Valsartan Tablets, 40mg, 80mg, 160mg, and 320mg. According to Mylan, the company wrote to the FDA on July 24, 2012, seeking approval for valsartan upon expiration of Novartis' patent on the basis that Ranbaxy forfeited its exclusivity to obtain tentative approval within the statutory deadline. FDA, according to Mylan, did not respond to Mylan's July 24, 2012, correspondence.

In early September 2012, Mylan representatives once again contacted the FDA seeking information on the 180-day exclusivity forfeiture decision for valsartan tablets. According to the company, FDA did not provide any substantial information about the approval status of the ANDAs.

New Delhi-based Ranbaxy refused to comment on the matter.

If the court decides in favor of Pittsburg-based Mylan, this could be a setback to Ranbaxy's sales of $187 million that could have been gained from selling this blockbuster hypertension drug.