Roche gives up its patent battle in India 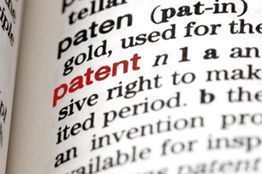 Singapore: Roche will not pursue patent application for its breast cancer drug Herceptin in India. However, Roche said that it would continue to enforce other patents covering its drugs in the largest democracy in the world. India's Kolkata Patent Office had earlier dismissed certain patent applications filed by Roche, because the firm failed to submit the applications for Herceptin correctly.

India's government has considered issuing a compulsory license on Herceptin, which would allow local drugmakers to sell far cheaper, generic copies. The government has so far held off from a decision. In 2012, India issued the first ever compulsory license to domestic drugmaker Natco Pharma on a kidney and liver cancer drug, Nexavar, patented by German pharma giant Bayer.

Roche's decision of not to pursue patent for Herceptin could pave the way for generic drugmakers to produce cheaper copies, known as biosimilars, as they are not identical replicas of the original drug. However, Roche highlighted that there are no approved versions of a biosimilar version of Herceptin (Trastuzumab) in India.

"Roche has come to the conclusion not to pursue Indian Patent No. 205534 (the secondary patent) and the related divisional applications," a Roche spokesman said in an emailed statement. "This decision takes into account the strength of the particular rights and the IP (intellectual property) environment in India in general."

Herceptin is a treatment for a particularly aggressive form of breast cancer and is Roche's third-biggest seller. It recorded global revenues of $3.30 billion during the first half of the year alone.