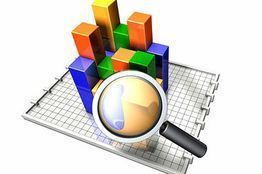 The survey was commissioned in July by the Commerce Ministry's anti-monopoly bureau.

Singapore: In the wake of Chinese crackdown on the corruption prevailing in the bioscience industry in the country, the government has pulled medical equipment makers under the scanner. A Chinese industry group is collecting information on the pricing and business practices of foreign and local makers of medical equipment for the government in a survey that sources said was unusual in the amount of detail it sought, according to a report by Reuters.

Two industry sources who have seen the questionnaire said it was unclear if regulators were about to investigate China's $20 billion medical devices market following multiple probes into corruption and possible price fixing in the pharmaceuticals sector, said the report.

But one of the sources quoted in the Reuters report, an executive at a foreign biotechnology firm, said the questions on pricing led him to believe one of its aims was to determine if companies were setting minimum prices for vendors, which could violate China's 2008 anti-monopoly law.