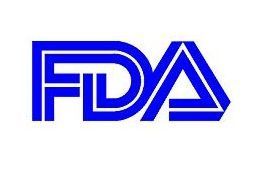 Singapore: GlaxoSmithKline (GSK) has received approval from the US FDA for Flulaval Quadrivalent (influenza virus vaccine) for the active immunization of persons three years of age and older to help prevent disease caused by seasonal influenza (flu) virus subtypes A and B contained in the vaccine.

"Since the late 1980s, public-health authorities have known that four primary influenza strains circulate each year causing the majority of influenza illness, but the influenza vaccines used for the past thirty years only covered against three strains", said Dr Leonard Friedland, VP and director, Scientific Affairs and Public Health, GSK Vaccines North America.

"With this limitation, global influenza experts have had to make a difficult determination around the strains each season to cover, and in six of the past 11 influenza seasons (2001-12), one of the predominant strains was not included in the season's influenza vaccines. Trivalent vaccines do reduce influenza risk even in years when a vaccine strain-mismatch occurs, though quadrivalent influenza vaccines are the important next step in broadening strain coverage."

Scientists classify the influenza strains that cause seasonal influenza as A or B strains. Influenza vaccines have been used in the U.S. for more than fifty years, most recently in the trivalent (three-strain) form to help protect against the two A virus strains most common in humans and the B strain expected to be predominant in a given year.

However, two distinct B virus strains (Victoria and Yamagata) co-circulate to varying degrees each influenza season. FluLaval Quadrivalent helps protect against the two A strains and B strains, decreasing influenza-related morbidity across all age groups, including children, adults and the elderly.

Beginning in 2014, GSK will have the capacity to supply the US substantial quantities of quadrivalent influenza vaccine shots manufactured in Quebec, Canada (FluLaval Quadrivalent); and Dresden, Germany/Marietta, (Fluarix Quadrivalent).