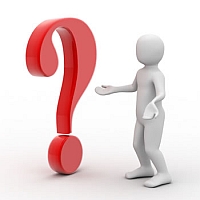 Singapore: The Indian Drug Controller General of India (DCGI) has written a letter to the drug maker Wockhardt to explain the deficiencies found at its Aurangabad manufacturing unit. The FDA had issued an import alert to the drug maker earlier this year.

The DCGI has given Wockhardt one month to explain the deficiencies and has added in its letter that the deficiencies found by its inspection team did not warrant a serious immediate action.

"The inspection team found a few lapses in case of Wockhardt facilities but none of these deviations from good manufacturing practices (GMP) noted under the Drug and Cosmetic Act are grave enough to warrant either a lock-down of its facility or an immediate suspension of the company's drugs in circulation," an official told the media. He added that the company would have to explain the corrective actions it planned to undertake to plug the loopholes.

"Following the company's response, the DCGI's office will review whether the company has satisfactorily resolved the issues and may decide to follow up the matter with one more on-site evaluation to check whether what is being promised on paper is being delivered in practice," the official further explained.

The Indian drug regulator has served a similar letter to Ranbaxy Laboratories to explain the deficiencies that DCGI's special inspection team found at the company's Dewas and Paonta Sahib manufacturing plants. Further, a special team including officials from the DCGI, state drug controller's office and independent regulatory experts had conducted an inspection at the company's plants in June.

The drug regulator is now awaiting responses from the companies to take further action.