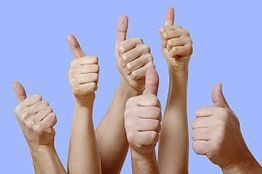 FIPB has cleared seven investment proposals out of the 10 in the pharma and biotechnology sector that were discussed at the board meeting on Friday, while three proposals were deferred

With the Indian government deciding to be cautious in allowing foreign investment for expansion projects, proposals for existing companies will now require a FIPB nod, even though India has allowed for 100 percent FDI in the pharma sector.

Amongst the ten discussed proposals were a joint investment plan from Singapore's GlaxoSmithKline Pte Ltd and Mauritius based Castleton Investment Ltd, USA's Mylan Inc and Ferring Therapeutics. In May this year, two proposals of Mylan Laboratories and one each from Terumo Mauritius Holding and Medreich were given approval.

The Indian health ministry and the Department of Industrial Policy and Promotion (DIPP), which is the nodal agency for FDI raised serious concerns about the enhanced multinational presence resulting in increased medicine prices.

With these concerns in mind, the DIPP halted Mylan Inc's plans to acquire Agila Specialties, the injectable division of Strides Arcolab, headquartered in Bangalore. Their main concern was that the ownership of critical cancer drug-making facilities are falling into foreign hands. Reports show that this blocked deal is worth $1.6 bn and is one of the largest in the pharma space in recent times. Earlier Abbott's takeover of Piramal Healthcare in 2010 and Daiichi Sankyo's acquisition of Ranbaxy Labs in 2008 were the other large projects.