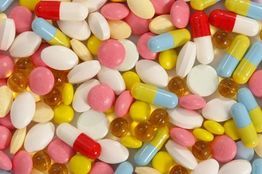 Singapore: The Australian government has imposed a temporary ban on sales of 19 synthetic drugs pursuant to the product safety provisions of the Australian Consumer Law. The 120-day ban applies to the sale and distribution of psychoactive drugs that produce effects similar to those experienced while using illegal drugs like marijuana and cocaine.

The interim ban allows the state governments to revise existing legislation, after which the Minister can put in place a permanent ban.

"Synthetic drugs are dangerous substances that can kill and should not be available for sale," Assistant Treasury Minister Mr David Bradbury said.

These drugs should be made illegal by all states and territories, and policed by law enforcement agencies, just like other illicit drugs, with appropriate criminal penalties, the official said.

"The synthetic drugs market is fast-moving and suppliers have shown they are willing to change brand names and packaging to get around bans made under consumer laws," Mr Bradbury added.