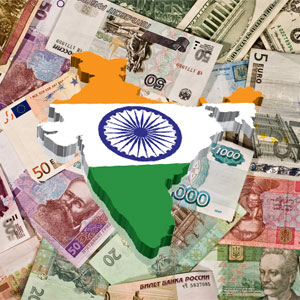 New Delhi: The Indian government will be reviewing the foreign direct investment (FDI) policies for the pharmaceutical industry in the country at the end of the month in a high level meeting.

Currently, the country allows 100 percent FDI in new projects through the automatic route in the pharmaceutical sector, while the same is also allowed in existing facilities subject to government's permission. The government has now announced that it will take a closer look at these policies.

A senior official involved in the talks revealed the main fear the country's Ministry of Commerce and Industry faces to a business daily from the country. "The main concern of the ministry of commerce and industry is that a stage might come when India might not have a company ready to manufacture drugs on behalf of the government, even if the provision of compulsory license is invoked. The fact that acquiring companies are paying huge valuations which are many time the cost of setting up new projects does raise a question on their motivation. Thus a separate meeting on the issue might be taken up by the prime minister," he was quoted as saying.

In a recent letter addressed to the prime minister, the country's finance minister and commerce and industry minister had claimed that the current FDI policy in the pharmaceutical sector had not yielded any tangible benefits.

The letter pointed out that in greenfield investments, there had been no value addition in terms of additional infrastructure creation and research and development segment. Meanwhile, FDI in brownfield investment has resulted in acquisition of domestic drug-manufacturing firms by multinational companies.

"The health ministry is concerned that if the FDI policy on pharma remains unchanged, it would adversely impact the availability of essential drugs, production capacity and supply of low priced drugs," the official added.

In 2011, a panel had recommended giving more teeth to the Competition Commission of India (CCI) in allowing mergers and acquisitions in the pharmaceutical sector and not changing the FDI rules. However, on learning that the CCI Act could not be amended, the government worked out another mechanism. All proposals concerning FDI in existing companies would be taken up by the Foreign Investment Promotion Board.