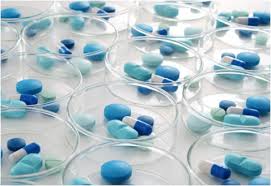 Singapore: China offers a cheaper and bigger market for clinical trials, but its sloppy data generation and irregularities in clinical trial procedures has drawn the ire of the US regulatory body.

Questioning the irregularities of the pharmaceutical companies while conducting research in China, the US FDA has pointed out that a pattern of inadequate trial conduct and oversight has been noticed.

Bristol-Myers Squibb and Pfizer's blood thinner, Eliquis, which was approved in December, was stalled for nine months because of misconduct, errors and an alleged cover-up attempt at a Chinese trial site overseen by Bristol-Myers, according to documents posted by the FDA. Further it explained that the delay came after the company told the FDA that patients got the wrong medicine, records were secretly changed and 'serious adverse events' went unreported.

After conducting a reanalysis of the data, the incident spurred a debate within the agency on what the drug's label should say about its effectiveness. The documents also showed that an agency official had questioned whether large trials in countries like China with similar data shortfalls were a viable basis for approving treatments.

Doctors and hospitals who sign on as investigators are typically paid for getting patients to enroll in the trial. They're overseen by the drug companies, which monitor the patients in coordination with the physicians. Much of that work is done by contract research organizations.

FDA documents also pointed out that there was a broad list of issues at the Shanghai 9th Peoples Hospital in China. They included failure to report four potential adverse medical events, late reports on three others and three medical outcomes that weren't included in the data. The FDA also reported that some patient records disappeared just ahead of a site visit by agency inspectors.