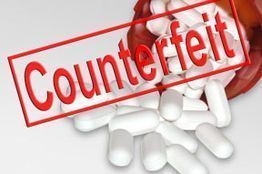 Singapore: Asia Regulatory Conference 2013, the three-day event that has been organized by Health Sciences Authority (HSA), Drug Information Association (DIA) and the International Federation of Pharmaceutical Manufacturers Association (IFPMA), is expected to highlight the need to combat cyber pharmaceutical crimes and counterfeit medicines in order to bring harmony to the healthcare industry.

HSA, which has collaborated with Interpol on the training of law enforcement officers to combat cyber pharmaceutical crimes and counterfeit medicines, will join experts and officials from Interpol and the pharmaceutical industry to share their best practices in dealing with this major public health issue.

Counterfeiting is greatest in regions where regulatory and enforcement systems for medicines are weakest, and the problem is complicated by the growth in international trade of pharmaceutical ingredients and medicines, according to the WHO.

In a recent global operation spanning 100 countries, aimed at disrupting the organised crime networks behind the illicit online sale of medicines, some 80 arrests and the seizure of 3.75 million units of potentially life-threatening medicines worth $10.5 million were made.

In Singapore, HSA seized about $14,548 worth of illegal health products and investigated 10 individuals for the sale of those products, as a partner in the international operation led by Interpol in 2012.