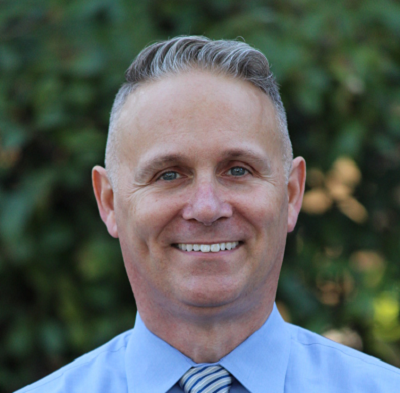 How can mitochondria-based therapeutics have an impact on chronic and age-related diseases?

Traditionally, people have tended to think of the role of mitochondria as being limited to energy production, but it turns out it has a much broader role to play. CohBar was founded on the discovery that many peptides encoded within the mitochondrial genome are not limited to local effects, but instead are secreted and play important roles in the regulation of systemic biological pathways. Additionally, animal studies have shown that sustained levels of certain mitochondrial peptides are associated with increased longevity.

A good example of the broad effects of certain mitochondrial peptides is MOTS-c, a peptide first discovered by one of our founders and his colleagues that enhances the action of insulin, which is critical to maintaining metabolic homeostasis. Our lead programme, CB4211, is an analogue of MOTS-c that we are developing to treat nonalcoholic steatohepatitis (NASH) and obesity. We have identified several other peptides that have impressive anti-inflammatory and anti-fibrotic properties and are developing analogues of these peptides to address significant unmet medical needs in chronic diseases such as idiopathic pulmonary fibrosis (IPF).

By developing peptides such as CB4211 as potential therapeutic pharmaceutical products, we are taking advantage of more than a billion years of evolutionary pressure. At the same time, as analogues of natural peptides, we expect our product candidates to have an improved safety and tolerability profile, with fewer off-target effects compared to other drug development approaches. This not only reduces the risk in our development programmes but also provides potential clinical and commercial advantages.

Which therapeutic areas/ diseases are you targeting with this approach and why?

We are not a traditional biotech platform where we begin with an indication or molecular target. For us, everything starts with the mitochondrial genome, which our team has extensively mined for therapeutically relevant peptides. We screen these peptides to identify those with interesting biological activity and then create novel analogues with improved properties, including increased stability and higher potency and activity. Through this process, we have identified several peptide families with promising anti-inflammatory and anti-fibrotic properties.

Based on these results, our lead programmes are focussed on inflammatory and fibrotic conditions such as NASH, IPF and acute respiratory distress syndrome (ARDS). We also have earlier-stage programmes focusing on oncology. We believe the breadth of disease states we are targeting is a testament to the power of our platform approach and the central role that mitochondria play in maintaining normal homeostasis.

You have recently met the primary endpoint showing that CB4211 was well-tolerated and appeared safe. What will be your next step?

We are particularly excited about the results of our CB4211 trial since it was our first human study of a mitochondrial-derived peptide. In addition to meeting our primary safety and tolerability endpoints, we demonstrated encouraging results in several of our exploratory endpoints. Notably, we showed significant improvements in ALT and AST, which are markers of liver damage, as well as significant reductions in glucose and a trend towards weight reduction compared to placebo after only four weeks of treatment. This level of improvement in ALT is not only comparable or superior to that shown in four-week studies for other products under development for NASH, but it compares favourably with the results seen at similar time points in products currently in Phase 3 studies for this indication. The reduction in glucose levels is especially intriguing since close to half of patients with NASH have diabetes as a co-morbidity. Additionally, our preclinical work demonstrated synergies between CB4211 and common diabetic treatments such as GLP-1 agonists. We think this data is compelling and believe CB4211 has the potential to play a key role in treating NASH patients.

Beyond the clear implications for our CB4211 programme, we believe that these results also provide important validation of our overall approach to drug development.

In terms of the next steps on our NASH programme, we are continuing to analyse the data and expect to present any additional findings at an upcoming scientific conference. We also plan to continue to refine the formulation for CB4211 and complete the necessary steps to be able to move forward with a new formulation into clinical studies and initiate a Phase 2a study. In parallel, we will be working with our disease experts to design this clinical trial, including ensuring that we fully incorporate the learning from our recently completed study.

Which other trials do you plan to undertake in the coming year?

Earlier this year, we nominated a second clinical candidate, CB5138-3, which has broad anti-fibrotic properties and is currently in IND-enabling studies targeting an initial indication of IPF. We expect to file our IND and begin first-in-human studies for this programme next year.

We are also testing CB5138-3 and related peptides in preclinical models of other chronic fibrotic diseases and are hopeful that this family of peptides will ultimately prove to have utility in treating a variety of conditions beyond IPF.

Our CB5064 Analogs have strong anti-inflammatory properties in preclinical studies and are being evaluated for the treatment of ARDS, including Covid-19 associated ARDS. The timing for further development of this program will depend on both additional resources and the prioritization of this program relative to other potential opportunities.

What drugs do CohBar plan to launch in the future?

As an early-stage biotechnology company, we are currently focussed on research and development activities, including progressing our product candidates through the clinical trial process. Given the power and potential of our platform, we believe that our current pipeline is just the tip of the iceberg and with additional time and resources, we hope to continue to expand our pipeline. Ultimately, our goal is to see our clinical programs complete development and launch commercially.

What are your plans for the APAC region?

Our objective is to develop products that address important unmet medical needs and can help patients on a global basis. As a small US-based biotechnology company, markets outside the US will likely be addressed through partnerships, whether on a global or regional basis.

What has been the company's performance in FY20-21? How much growth is expected this year?

As a pre-revenue biotechnology company, we believe the most helpful measure of our growth is the progression of our pipeline. As mentioned earlier, we recently hit a major milestone with the positive data from our CB4211 clinical trial and expect to have a second clinical-stage programme with our CB5138-3 programme entering human trials in 2022. In addition to continued progress on these programmes, we plan to advance a number of our preclinical programmes over the next few years.