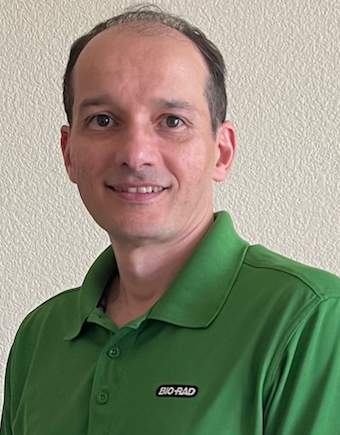 CAR-T cells or Chimeric antigen receptor T cells entered clinics in 2017, but since then they have already changed leukemia and lymphoma treatment. The United States Food and Drug Administration (FDA) has approved five CAR-T cell therapies so far, and since a majority of cell immunotherapies in development today use CAR-T cells, the number of therapeutic options will only increase. One forecast predicts that the CAR-T cell market will grow to $6.1 billion by 2030.

CAR-T cell therapy represents a new paradigm in cancer treatment because instead of blasting the body with toxins, it involves engineering a patient’s own immune system to attack cancer cells. First, a technician extracts T cells from a patient’s blood and transfects the cells with the CAR gene, most often using a virus. The CAR gene integrates into the genome and transforms the T cell into a CAR-T cell. The technician then expands the cells in a bioreactor and returns them to the clinic, where a physician transfuses the cells into the patient’s bloodstream. Armed with the CAR protein on their surfaces, the CAR-T cells seek out cancer cells expressing specific tumor-associated antigens and kill the tumor.

But despite the promise of CAR-T cells, developers must work out the kinks in their manufacture. Since CAR-T cells are living therapies, they operate by their own rules, and manufacturers must take extra steps to ensure the treatments are safe and effective. CAR-T cell development takes place in partnership with nature: technicians generate CAR-T cells with the help of viruses and T cell machinery, while physicians must work with patients’ bodies to make sure they’re responding positively to the therapy.

Furthermore, CAR-T cell development has not been standardized – manufacturers have many cell sources and bioprocesses to choose from – and as a result, the behavior of CAR-T cells can vary widely from batch to batch. Consequently, to succeed in clinical trials and reach the market, CAR-T cell developers must implement rigorous quality control measures to monitor their cells during manufacturing.

One significant challenge is ensuring a T cell contains an appropriate number of CAR transgenes. The transgenes enter the cells via viruses such as adeno-associated virus (AAV) or lentivirus, but viral transduction efficiency can vary and different cells may contain different numbers of transgene copies.

Unfortunately, the technique most commonly used for this purpose, qPCR, is not accurate or precise enough to monitor transgene copy number during CAR-T cell production. The technique requires that technicians estimate copy number based on a standard curve. Generating a standard curve requires technicians to perform time-consuming serial dilutions, a process that is often fraught with human error. This error produces variability, which reduces the method's sensitivity and makes it impossible to measure down to one copy per cell.

Rather than estimating nucleic acid concentration based on DNA standards, ddPCR technology provides an absolute count of nucleic acid molecules, making the technique more sensitive. A technician loads a 20 micro litre sample into a cartridge and gets partitioned into approximately 20,000 nanoliter-sized droplets containing one or a few nucleic acid strands each, effectively creating thousands of individual samples where only some contain the CAR transgene. Next, technicians use primers targeted at the CAR gene for the independent PCR reactions in each droplet.

As a result, DNA amplification only takes place in the droplets that contain the transgene. As the DNA in these droplets multiplies, a reporter gets cleaved from a probe and emits a fluorescent signal. Using a digital reader, the technician counts the number of fluorescent droplets. This count is used to determine the transgene concentration in the original CAR-T cell batch.

Yaoyao Luo, Ph.D. and her colleagues at the Huazhong University of Science and Technology in Wuhan, China put ddPCR assays to the test using DNA standards as well as samples from real patients on CAR-T therapy. Among the series of DNA standards, ddPCR technology was more sensitive than qPCR in detecting CAR transgenes. Specifically, the researchers’ ddPCR assay detected as few as 3.2 copies/mL, while qPCR could not detect the transgene at that concentration.

ddPCR technology has proven useful for more than just quantifying CAR transgene copy number. It can also be used to detect replication-competent lentiviruses, help optimize viral transduction protocols, measure CAR-T cell persistence in the body, and support several other aspects of development. The technique’s ability to quantify nucleic acids with precision and accuracy means its adoption will help CAR-T cell developers satisfy the needs of regulators and succeed in creating more therapies that help more patients.