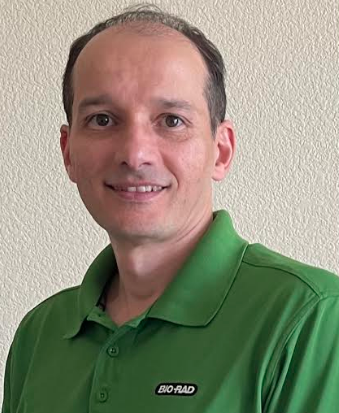 Gene therapy has the potential to bring relief to millions of individuals with diseases ranging from β-thalassemia to sickle cell disease across Asia and beyond. This novel treatment modality is showing tremendous economic potential: according to one analysis, the global gene therapy market is expected to reach $3.3 billion by 2027 and enjoy a post-COVID-19 compound annual growth rate of 19.5 percent.

However, gene therapy poses several unique technical challenges that must be overcome before becoming widely available and affordable. For example, gene therapy depends on inserting a healthy genetic sequence into a patient using a vector such as adeno-associated virus (AAV), but it is difficult to produce a therapeutic batch that contains enough vectors for the therapy to benefit patients. Upstream bioprocessing of AAV vectors often yields crude harvests containing up to 2 x 1011 vector genomes per milliliter, but this concentration is too low to create a potent therapy in a reasonable volume. Therapies that target smaller compartments in the body, such as the central nervous system, where the volume must be reduced, require a vector concentration of 1014 vector genomes per kilogram. This means developers must concentrate their AAV vectors 100-10,000 times.

This enrichment process infuses development with uncertainty, creating a need for rigorous monitoring. Specifically, developers need to gain a precise understanding of their treatment’s potency. This requires the accurate quantification of AVV titer, after both the purification and concentration of the vectors, and the vector genome’s integrity.

Quantitative PCR (qPCR) is the most common method for measuring AAV titer, yet the method is not sensitive enough to determine the potency of a gene therapy. qPCR measures AAV titer based on a standard curve, which is not always reliable and can cause an overestimation of viral titer. Meanwhile, qPCR cannot measure the integrity of vector genomes and it therefore provides an incomplete picture of a batch’s potency. The limitations of qPCR in viral titer and integrity measurement create a need to adopt more versatile and reliable quality control techniques during AAV-mediated gene therapy development.

ddPCR involves partitioning 20 μL of reaction mixture into approximately 20,000 uniform 1-nL droplets that contain no more than a few nucleic acid strands each. Then, a separate PCR reaction takes place in each droplet.

As the DNA amplifies, sequence-specific probes are cleaved and release a signal that makes the droplets fluoresce. When gene therapy developers use AAV-specific primers, only the vector genomes will amplify, which means only the AAV genome's droplets will emit a strong fluorescent signal. The droplets that do not contain the target sequence only emit weak fluorescence. After the reaction ends, a digital reader counts the number of fluorescent and non-fluorescent droplets one by one, and software uses Poisson statistics to automatically calculate the AAV titer in the original sample.

Dr. Birei Futura-Hanawa and her team at the National Institute of Health Sciences in Japan developed a two-dimensional (2D) ddPCR assay that not only quantifies AAV titer but also predicts the integrity of the vector genomes, thereby providing a more complete potency calculation than qPCR assays.

In her study, Futura-Hanawa directly compared qPCR and ddPCR in their ability to quantify AAV titer and determine the integrity of the vector genomes. Her team found that secondary structures in AAV reference standards impeded amplification, which led to errors in the quantification of AAV vector genomes using qPCR. In contrast, the ddPCR result was not sensitive to these secondary structures. Unlike qPCR, ddPCR is not sensitive to minor variations in amplification efficiency because it merely quantifies the presence or absence of vector genomes in the original sample.

But the presence of a genome does not necessarily guarantee its integrity. An assay that uses a single probe may detect portions of a vector genome even when the full genome is not present and, therefore, non-functional. To calculate a dose’s potency accurately, developers need an assay that quantifies genomes as well as determines the proportion of functional genomes.

In her study, Futura-Hanwa’s 2D ddPCR assay helped the team measure the integrity of the vector genomes and predict their functionality. The 2D ddPCR method utilizes two PCR probes that bind to two distant regions of the AAV vector genome. Therefore, the team was able to differentiate complete genomes from incomplete ones by searching for two fluorescence signals. Using this method, Futura-Hanawa found that only 60 percent of the genomes in her batch were complete.

Additionally, by combining 2D ddPCR and fluorescence-activated cell sorting (FACS) and incubating her vectors at body temperature, she was able to correlate vector degradation with reduced activity. She did not see the same correlation when she used qPCR to quantify vector genomes. Future iterations of this technique may include more probes to enable a more accurate measurement of genome integrity.

Besides viral titer are integrity, there is a large number of variables that gene therapy developers monitor to ensure the safety and efficacy of their products. Variability is inherent in current gene therapy production processes, meaning developers must confirm each individual batch’s safety and efficacy. As gene therapies become more common, quality control will become even more valuable. By providing a more precise measure of AAV titer and integrity, ddPCR can help developers gain confidence in their products and help them develop therapies that will help more people.

Author Bio: Marwan Alsarraj is the Biopharma Segment Manager at Bio-Rad. He has been at the forefront of developing, marketing and commercializing technologies in the past 15 years in the life science research industry. Marwan obtained his M.S. in Biology at the University of Texas, El Paso.