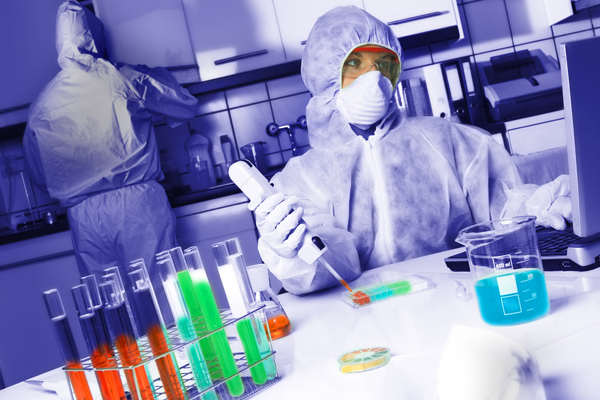 Growth of the biotech industry in Singapore over the last 10 years has, in a number of measures, outpaced the expansion of the industry in India and China. However, the scale is very different and physical restrictions on development and population growth will present challenges to Singapore's ability to compete across the full spectrum of the biomedical sciences in the future. The capacity and potential of Singapore to adapt, focus and specialize to leverage several major advantages presents a compelling story for investment and collaboration.

In the foreseeable future, the majority of capital driving global research will originate from the major pharmaceutical companies and private investing entities in Western Europe and the US. In research-based companies in Asia, research and development budgets are in direct correlation of innovative productivity and home grown IP-centric biotech productivity â€” as seen in the cities of Shanghai, Bangalore, Seoul and Singapore â€” and remains tiny in comparison to the output by organically grown clusters in San Diego or Boston in the US, the South East of England and the Medicon Valley in Scandinavia. However, there are some noteworthy hotspots of significant R&D budget in Asia, including some promising firms in China and India, that are funded by sustained revenues from generic or TCM operations. Despite this, the balance of research capital will continue to flow eastwards for a long time.

Over time, pharma firms have been gradually spending a greater proportion of their research budgets in the East and most appear to have a similar dual strategy. Physical investment in Asia, in the form of plant and people on the ground, allows drug makers to target, study and groom the massive future patient populations. The other strategy is outsourcing to Asian firms to benefit from reduced research and development costs and this is done either through direct contracting or collaborations with institutions. In 2007, over half of the estimated $109 billion global pharmaceutical R&D budget was spent in the US and a small percentage was imported by India, China and emerging markets in Asia Pacific. However, this has been growing at over 20 percent a year and is expected to grow exponentially in the future as regulatory and technical capabilities develop in these markets.

The majority of the research spend in Asia is in clinical research contracts and manufacturing and research infrastructure, but basic preclinical research contracting such as toxicology and medicinal chemistry now represents a significant portion. Most of this is spent on, and well suited to, the expertise and low-cost base in India and China. There is also a more recent demand for more sophisticated discovery research such as imaging and model development. These are areas that have traditionally been kept in-house at pharma firms as they require significant integration with the main knowledge base of the sponsoring organization as well as a network of supporting vendors and experts.

Singapore appears to be in an ideal location to capitalize on these trends, acting in its historical role of a commercial and logistical bridge between the East and the West. The advantages of excellent links to China and India; a highly educated and English-speaking population; consistent regulations; and a transparent government, at least in matters of business and IP; present a reasonable argument for placing research spend in the country. Additionally, once wage levels and consumable prices level out between regions then culture will become increasingly important for successful collaboration. Service culture in particular can be vital for the success of contracted research and this arguably lags far behind the research infrastructure in India and China. In collaborative research the benefits of empowering scientists, setting reasonable expectations, transparency when errors occur and maintaining consistent communication all need to be considered alongside laboratory size.

Singapore is also judged to be highly competitive in terms of governmental support for the sciences. Potential tax deductions are available in Singapore for qualifying companies of up to 250 percent on research and development spend. This is compared with approximately 125 to 175 percent in Australia, 150 percent in China and a minimal 15 to 20 percent offered in Taiwan and Korea. As a result of this there is a wealth of pre-commercial research that has yet to be exploited from the academic and institutional field. The potential upside of this well-coordinated critical mass of talent and infrastructure has been recognized by major players such as Bayer Schering who recently announced further major discovery investment across a number of research institutions across Singapore.

This type of collaboration is expected to increase as the industrialization of institutional research is now being aggressively encouraged by the Singapore government. Although the level of funding for research has actually increased, research grants are now - not unreasonably - being tied to an expectation of industrial output or job creation. Certainly, the future of the world class institutions created on the island over the last five years may be in industrial collaboration such as the one recently formed between Maccine and the Singapore Biomolecular Imaging Consortium.

The key to success of a small player in a game with giants is differentiation and the ability to adapt. The excellent diversity of the scientific workforce, the state-of-the-art resources available and the cultural connection in Singapore helps level the playing field for contract research firms such as Innoheart, A*Bio and Maccine.