BioIndustry Trends in 2014 in Singapore 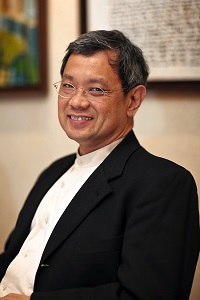 Industry
There has been much activity in the Healthcare Industry as a whole. Consolidation of key players and the acquisition of small to medium sized companies by larger ones continue with the rationale of broadening and filling portfolio gaps and boosting development of product pipelines. This is more prevalent in the Medical Device companies, where the integration of small start-up companies and accelerators will continue to be a means of augmenting top line growth.

The whole Pharma R&D model to bring drugs to market has been turned on its ear. Previously in big Pharma, this was largely a vertically-integrated largely in-house activity. Now, going forward strategic alliances with academia and public-private partnerships have become more important. Large areas of in-house competence such as Clinical Operations have been farmed out wholesale to Contract Research Organisations (CROs) and "in- sourcing" is now a buzz word. As the Pharma pipelines become less productive, products aimed at niche therapeutic areas of unmet need are becoming more in focus. This together with re-purposing drugs to look harder at possible use in secondary indications has come to the fore. The infectious diseases arena, after being a relatively neglected area in the recent past, has seen a resurgence of activity based on multi-drug resistant strains, new emerging infectious agents and trans-species zoonotic infections.

Government
Governments are seeing a greater benefit to their economies in investing and funding both infrastructure and healthcare manpower expertise to support strategic economic growth pillars. Any astute observer would note that the Singapore Government (through its many funding bodies such as A*STAR, NRF, NMRC) - in this present Biomedical Sector Funding cycle to the end of 2014, has for the first time, begun to move rapidly towards driving and supporting R&D in the Medical Devices sector. Whilst it continues to invest in its previous ventures, the greatest transformation has and will continue to be in the Biomedical Engineering and medical devices with its attractively short development cycles (typically 2-5 years compared to the Pharma model) to commercialisation.

Singapore's 3rd Medical School - through its NTU-Imperial College collaboration - will certainly serve to support this area of focus.

Regulatory Affairs
Having said this, an integrated Regulatory Framework through the Health Sciences Authority - is in its stages of evolution from its earlier (and somewhat outmoded) component parts in the Medicines Act to the new Health Products Regulations, which aims to revamp and re- align previous regulations toward more internationally harmonised norms.

With the number of companies seeking to market their products in Asia, the demand for regulatory professionals has seen a significant increase. In many markets, the availability of properly trained and competent staff is hard to find in the war on talent waged by the industry.

The Regulatory Affairs
Professionals Society (RAPS) has recently established its first Asia Office in Singapore and is reaching out to the Asia Region to support training and other initiatives for Regulators and Industry professionals alike. 2014 will see a host of exciting programs being put together in support of these objectives.

Regulatory Harmonisation
The ASEAN Economic Community is targeted to be a reality in 2015 - largely driven by the ASEAN Economic & Trade Ministers. The Cosmetics, Pharma and Medical Devices sector will benefit from the regulatory harmonisation efforts that entail. Much work lies ahead to bring online such initiatives as the ASEAN Medical Devices Directive to be in readiness for the Common Market. The impact on the regulations and movement of products and services across borders remain to be seen, but remains an exciting opportunity for this population.

In the Medical Devices sector the Asian Harmonisation Working Party will continue in its work to bring the outcomes of the International Medical Devices Regulatory Forum (IMDRF) to this region.

Clinical Research
Asia has seen a continuing increase in the number of early and late phase clinical trials coming to its shores. This comes on the heels of a greater focus on diseases of Asian significance, and for medical devices, anthropomorphic and socio-cultural differences vis-Ã - vis the Caucasian population.

The emphasis on speed, recruitment to target and data quality remain as key tenets for many companies, with cost to some extent, being a trailing concern.
Participation in Global Pivotal trials has always been the doorway to the development of Key Opinion Leaders (KOLs) and Thought Leaders and associated Advisory Panels. The number of Global KOLs originating from Asia continues to grow especially in markets like Korea, where the number of Clinical Trials has essentially exploded over the last 9 years. Korea remains a model that many governments look to, in the way that they have structured and driven infrastructure, systems, processes and expertise to support clinical trials as part of their national agenda.

Trade
While multilateral Trade Agreements like the Trans-Pacific Partnership (TPP) remain a goal for many economies, the reality has been that these (by dint of the number of markets and sectors involved) are slow and ponderous in coming to fruition. In the meantime, Governments like Singapore have sought bilateral Free Trade Agreements (with EU, US and others) which are much easier to pen and hence have wrought its entailing benefits to open the markets to healthcare products.