Suicide genes' is the next step to cure cancer

The use of encapsulated cells in cancer therapy 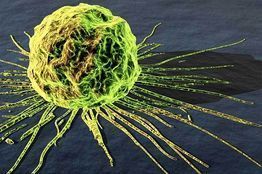 Great strides have been made in the treatment of various cancers over the last decades. However, many forms of the disease are still only manageable rather than curable. These unmet medical needs include pancreatic cancer, hepatocellular carcinoma, glioma/ or glioblastoma and ovarian cancer. Novel treatment options include the use of "suicide genes" encoding enzymes that convert inactive pro-drugs into tumor toxic metabolites, also more popularly known as "gene directed enzyme pro-drug therapy" or GDEPT [1].

A number of such suicide genes and pro-drugs can be used for cancer therapy. Many have been tested in preclinical animal models and at least three, including herpes simplex virus thymidine kinase (HSV-tk), cytosine deaminase (CD) and cytochrome P450, have been tested in clinical trials in patients [1]. A major drawback to GDEPT has been the relatively poor levels of gene transfer and/or short -term expression and a possible loss of the suicide gene in part due to the use of virus vectors for their delivery.

An alternative means of utiliszing the pro-drug activation strategy to treat tumours has been pioneered by the founders of Austrianova Singapore/SG Austria and involves the expression of the suicide gene from genetically modified cells, which are implanted near to the tumour (see Figure). These cells are protected from the patient's immune system by a bead structure, which also allows them to be physically confined to the site where they are needed. Another advantage of the use of encapsulated cells for the treatment of cancers is that the pro-drug can be activated in a sustained manner [2].

Encapsulation of living cells in beads and their subsequent implantation into patients was pioneered 30 years ago. One of the first materials used to encapsulate cells was alginate, a seaweed derived substance that is still in use today, mainly for the encapsulation of islet cells to treat diabetes, but alginate suffers from a number of drawbacks, including difficulties in sourcing at reproducible quality; limited stability; difficulties in setting up large-scale GMP production; difficulties in storing alginate encapsulated cells frozen; and often causing inflammatory/ or immune responses once implanted into patients. A good alternative encapsulation material is cellulose sulphate whichthat has been developed by the founders of Austrianova Singapore /SG Austria.

Capsules made of sodium cellulose sulphate offer a number of advantages, including reproducible production of the starting material, greater robustness of the capsules (permitting delivery by needles or catheters without bursting), good biocompatibility, both for the cells in the microcapsule as well as with the surrounding tissue upon implantation, and lack of immune or inflammatory responses. Moreover, large-scale GMP manufacturing of a cellulose sulphate encapsulated cell medicinal product for the treatment of pancreatic cancer has been shown to be feasible and acceptable to regulatory authorities [3].

Until date, two clinical trials of encapsulated cells, expressing the cytochrome P450 gene as a suicide gene, followed by administration of oxalophosphamide prodrug chemotherapeutic agents requiring activation by cytochrome P450, have demonstrated that the treatment to be is both safe and efficacious. The first trial was performed in humans with pancreatic cancer and the second trial was a study in dogs, companion pets that were brought to a veterinary clinic for treatment.

Trial 1) Phase I/II clinical trial in human patients with pancreatic cancer
In this clinical trial, performed in Germany and involving 14 patients, the encapsulated cells were delivered to vessels leading to the tumour using supra-selective catheteriszation of the tumour feeding blood vessels [2,4]. Upon release of the encapsulated cells from the catheter, they are propelled by the blood flow into evenr smaller vessels leading to the tumour where they become lodged.

The safety of this means of delivery of encapsulated cells was successfully demonstrated in advance of thea clinical trial in a porcine model. The clinical study additionally demonstrated the feasibility of specifically delivering the encapsulated cells to vessels leading to the pancreas/small intestine and no evidence of pancreatitis, foreign body reactions or circulatory disturbances.

Instillation of the encapsulated cells was followed by intra venous iv infusions of low doses of the oxalophosphamide, ifosfamide. The infused ifosfamide is carried by the blood stream into the beads housing the cytochrome P450 expressing cells, where it is catalysed to a relatively short-lived and tumour toxic metabolite, which is then released from the capsules and flows directly into the pancreas and tumour but selectively destroys only tumour cells.

This trial demonstrated the safety of this approach. The trial concluded that in the angiogenic application of the encapsulated cells by supraselective catheteriszation was shown to be both feasible and safe in humans; encapsulated cells are well tolerated (up to two years) without any evidence of inflammatory or immune reactions; and no major toxicities beyond grade 2 were observed.

In addition to safety, a number of therapeutic benefits of the treatment were documented including improved quality of life in most patients; tumour reductions in 4four patients with nine-out-of-ten 9/10 patients showing stable disease; a dramatic improvement (close to ~100 percent%) in median survival in comparison to a control group as well as to the current gold standard treatment, gemcitabine; and one year survival rates, which is twice-as-high as those for gemcitabine and three times higher than the control group.

Trial 2) Phase I/II clinical trial in dogs patients with spontaneously occurring mammary tumours
Dogs with mammary tumours were given encapsulated cytochrome P450 expressing cells as an injection of 20 capsules per cm3 of tumour volume, followed by four treatments with standard doses of the oxalophosphamide pro-drug cyclophosphamide, which cytochrome P450 can also activate. Cyclophosphamide was chosen as the pro-drug for the dog trial since it is commonly used for treatment of mammary cancer in dogs and breast cancer in humans.

Tumours were measured just before commencement of the treatment and then again eight weeks after treatment. They were then resected and analysed. As in the human pancreatic cancer trials, the capsules were well tolerated, with no major safety issues. Moreover, there was a therapeutic benefit in dogs receiving the encapsulated cells in addition to cyclophosphamide, with clearly greater degrees of tumour shrinkage being observed in these dogs as compared to those receiving cyclophosphamide alone.

One dog that had two tumours, allowed the comparison of the effect of systemic cyclophosphamide treatment alone with that of systemic cyclophosphamide, activated locally by encapsulated cells. The tumour that did not receive capsules was reduced by 14 percent whereas the tumour receiving capsules showed a 70 percent reduction in tumour volume, demonstrating a clear effect of enzyme conversion from the tumour localised capsules [2].

Both trials confirmed the results of the preclinical animal studies that encapsulated cells can be used as a targeting device for the treatment of solid tumours by increasing therapeutic efficacy. Moreover, when a lower dose of the chemotherapeutic agent is used, as was the case in the phase I/II pancreatic cancer trial, the side effects of conventional chemotherapy are also significantly reduced making the chemotherapy more tolerable.

In animal models, encapsulated cytochrome P450 expressing cells have not only shown therapeutic effects against pancreatic and breast cancers but also against hepatocellular carcinoma, squamous carcinoma and peritoneal spread of gastrointestinal cancer [2]. Cells expressing more than one suicide gene (for example cytochrome P450 and CD), in combination with multiple pro-drugs, have been shown to be efficacious for the treatment in two mouse models of mammary cancer [5]. The results revealed that additive anti-tumour toxicity was found when both pro-drugs were given in both mouse models. This kind of multi-drug activating system can be expanded so that cells can be modified to express three -or- more pro-drug activating enzymes, opening up the possibility of tailoring treatment to individual patients by only applying the prodrugs to which the tumour responds.