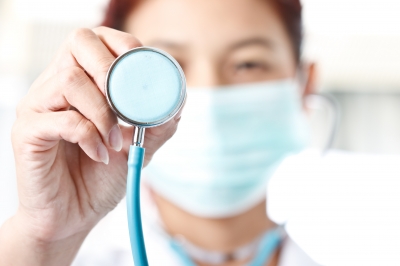 Whether investigator site staff complies closely with a protocol may, in extreme cases, determine the success or failure of an Investigational Medicinal Products on trial.

When drugs are trialed in patients, they move into a clinical setting in which the busy routine care of patients, rather than the conduct of drug trials, is usually the main preoccupation of investigators. The
extent to which a sponsor can control this process is much less than in earlier phases of drug development.

Investigator sites participate in trials by choice and sponsors often compete for their collaboration. It is perceived by many sponsors that a light touch has to be employed in correcting problems in order to prevent alienation of sites for future trials and in some instances to maintain relationships with key opinion leaders.

Whether investigator site staff complies closely with a protocol may, in extreme cases, determine the success or failure of an Investigational Medicinal Products (IMP) on trial. Noncompliances and protocol violations may overwhelm the power calculations with which a trial is designed.

A typical example is the phenomenon of 'compassionate elasticity', whereby investigators may stretch inclusion or exclusion criteria to enroll some unsuitable patients with serious unmet needs to a trial. Further examples relate to a failure to recognize and/or manage toxicity appropriately, an effect that may particularly be evident in trials of drugs with narrow therapeutic indices. Such failures at site
level may be the death-knell for a new drug that might have otherwise succeeded. They probably represent the greatest vulnerability to success in later phases of a drug's development, beyond any intrinsic failings of the product itself. The frequency and cost of such failures is likely to be very high, not least for patients, who might have benefited from the drug getting on the market.

Even with well-motivated sites, the potential for problems is compounded by the double digit annual inflation in the number and complexity of trial procedures and in the administrative burden on trial sites. Many protocols require site staff to become expert in managing diverse portals for Education Development Center (EDC) and Interactive Web Response System (IWRS), central laboratories and other centralized assessments from different vendors.

However, site staff is still most commonly presented with training at investigator meetings, although it is well known that these are ineffective, poorly attended by key study personnel and very expensive. They often are held long before a patient is recruited, are in a foreign language and their message ebbs away with time. They do not address turnover of study staff on trial. At the end, sponsors have little insight into the competence of sites often until it is too late. Intelligent on-line interactive tools are now readily available, which can allow tracked self-paced training, accessible throughout the duration of a trial. This returns invaluable data on site training behavior to the sponsor and has been shown to greatly improve site performance for those who use it well.

Effective training of staff, to accomplish complex tasks well, is not something that can be delivered just once, at a single point in time. Subject visits in clinical trials often occur infrequently and many sites work at the same time in several disparate studies.

There is great potential for confusion between studies, for instance in dealing with toxicities. Thus, investigator site staff needs simple and ready access to details of an imminent study visit on a just-in-time basis. It is time to fundamentally re-think how we instruct site staff on performing trials, how we maintain their competence from beginning to end and how we support them visit-by-visit.