Malaysia strives to get strong in IVD sector: Analyst 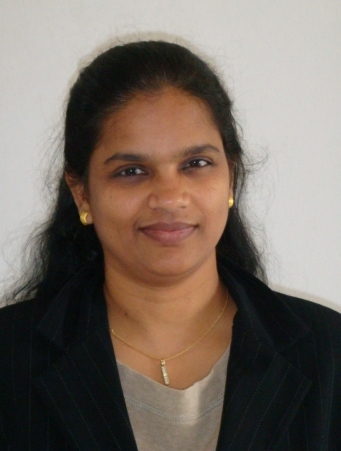 Singapore: Malaysia could soon be a force to reckon with in Asia's in vitro diagnostics (IVD) sector, if the recent government focus is any indication. The Economic Transformation Program (ETP) launched by Malaysian government in 2010 as a platform to accelerate the country's growth has set a target of raising the country's Gross National Income (GNI) to $523 billion by 2020 and per capita income from $6,700-to-$15,000.

A number of key economic areas were identified, with healthcare being one of them. Realizing the significance of IVD as a potential income generator, IVD has been selected as the seventh Entry Point Project (EPP 7) under healthcare, which focuses on up scaling Malaysia's IVD industry. EPP 7 is intended to help raise Malaysia's IVD profile globally, with an initial focus on the needs of developing countries. Targets set for EPP 7 include RM760 million GNI and 3,620 jobs by 2020.

As Asia's significance as one of the key economic centres of the world is becoming more apparent, emerging nations in the region are making bold moves to gain visibility in innovative sectors such as information technology, telecommunications, and biotechnology. By making medical devices and diagnostics as the focus of seven out of thirteen EPP Malaysian government makes its intentions is obvious.

The IVD sector, in particular, is seeing significant activities lately. The growing middle class and aging population in the country are fuelling the demand for rapid, accurate and highly informative diagnostic solutions. The industry is responding with enthusiasm to this rising demand and the encouragement of the government. Several local companies including many start-ups and spin off companies from local universities have launched their products and are making aggressive business plans to tap the opportunities in the country as well as in the region.

The move of Germany-based Altona Diagnostics to open its Asia Pacific head quarters in Malaysia has been a clear indication of the attention the country is receiving post its ETP launch in 2010. Named as ADT Biotech, this company develops and commercializes molecular diagnostic kits based on real-time PCR for a variety of respiratory, enteric, blood-borne, and tropical viruses.

The company offers user friendly solutions as all its kits are validated for use on a broad range of real-time PCR instruments. One of the areas where Altona expects to derive value from their decision to invest in Malaysia is in the field of tropical diseases. This is complimentary to the company's USD12.6 million investment for four-year collaboration with Germany's Bernhard Nocht Institute for Tropical Medicine for developing specimen bank for tropical and rare diseases. Started as a small set up consisting of just five people, ADT Biotech targets to grow as a significant player in APAC in molecular diagnostics field, and sets its goal to achieve 10% market share in the region in three years.

Medical Innovation Ventures, a university spin off company, is an example of local grown IVD companies with ambitious national and regional plans. Incidentally, the company has also received recognition from the government as the organization that will lay the foundation towards up scaling the IVD sector in the country. The company offers accurate, fast, affordable, and simple-to-use diagnostic solutions including point-of-Care tests and molecular diagnostic kits. Current focus of the company includes infectious diseases that are important for emerging economies where simple, accurate and stable diagnostic tests are unavailable or inaccessible to those who need them. Its platform enables just-in-time development of diagnostic tests for any pathogens detectable by immunoassays. The kits are based on a proprietary thermostable technology, which makes storage and transportation of these products convenient and helps to avoid costs related to cold-chain requirements of conventional products. Another proprietary platform of the company is a lateral flow technology that enables the detection of DNA amplification results in about 10 minutes, compared to the conventional methods which takes about an hour and involves carcinogenic chemicals.

As the company spearheading EPP7 for Malaysia, Mediven is also actively seeking to harness the economic potential of the IVD industry by playing a critical role in bridging the gap between academia and industry. By initiating strategic public-private partnerships with Malaysian R&D institutions, Mediven targets to tap the commercial potential of locally developed technologies. Addressing the needs of developing nations by improving diagnostics of neglected tropical diseases (NTDs) is another target of the company, and has already developed a number of products intended for this.

Geneflux Bioscience is another promising IVD company in Malaysia involved in the development and manufacturing of molecular diagnostic kits and providing diagnostic services. Products and services of the company cover a range of areas including tests based on nucleic acid, microbiology, ELISA, and rapid antigen tests. The company has received numerous national and regional recognitions. The most recent is the "Biomedical Excellence Award 2013" in October 2013 from the Ministry of Science, Technology, and Innovation (MOSTI) and Malaysian Biotechnology Corporation. Geneflux is also a recipient of two regional awards in the molecular diagnostics segment from Frost & Sullivan in 2010 as well as in 2012.

Other Malaysia-based companies that may play key roles in helping the country to achieve its goals in diagnostics sector by 2020 include DNA LAB, Venture Technologies, Malaysia BioDiagnostics Research (MBDr), Infovalley Life Sciences, and GeneNews Diagnostics. Together, these companies offer diagnostic products targeting a wide range of diseases, including infectious diseases, genetic disorders, and cancer. This indicates the potential of Malaysia to emerge as a key provider of affordable diagnostic solutions in the region.