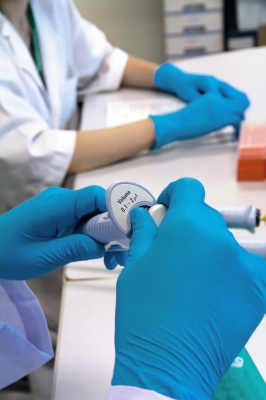 Investigators in Malaysia are enthusiastic towards participating in sponsor-initiated clinical trials and the early access to new medicines that this affords.

The clinical trials landscape in Malaysia is very easy to navigate. The Malaysian government has been actively promoting clinical trials and other facets of biomedical development for many years now, with investments in research, infrastructure, support organizations, and promotional activities. There are over 30 established investigator sites in Malaysia and an active clinical research center (CRC) network.

Most investigator sites have dedicated study coordinators and the medical records are in English. Any clinical trials conducted at government hospitals must be registered on the National Medical Research Register (NMRR) and is published in the Directory of Medical Research on the NMRR website. Furthermore, details about all principal investigators are published in a directory of clinical investigator and medical researchers on the NMRR website, therefore sponsors can readily identify potential investigators and competing trials.

Investigators in Malaysia are enthusiastic towards participating in sponsor-initiated clinical trials and the early access to new medicines that this affords. However, they are generally least willing to participate in clinical trials of medicines to treat rare diseases. The return on investment is too low in terms of number of potential subjects versus the time commitment. Similarly, it may not be feasible to conduct clinical trials of certain classes of drugs such as opioids and amphetamines in Malaysia or neighboring countries, because they are not as widely prescribed as in other parts of the world. Also if the clinical trial eligibility criteria require that subjects must have received prior treatment with expensive medicines such as biologicals, potential subject numbers will be limited because the medicines are not sufficiently subsidized by the government and relatively few patients in Malaysia can afford them.

Due to population size and overall health-spend, the potential for medicine sales in Malaysia is very small compared with many other countries in the Asia Pacific. Unlike India, China, South Korea, and Taiwan, there is no regulatory requirement to include local patients or to conduct clinical trials in Malaysia in order to gain marketing approval in the country. The financial costs associated with conducting clinical trials in Malaysia are very competitive. The Independent Ethics Committee (IEC) and regulatory approval processes in Malaysia are conducted in parallel and are quite straight forward. Submission dossiers can be in English (with the exception of subject materials such as informed consent forms which also need to be in Chinese and Malay) and there is a central IEC which covers all government hospitals and which meets every fortnight. The time-lag between IEC and regulatory dossier submission and investigator site initiation in Malaysia is typically less than three months. In contrast, in China and India the time-lag and processes are not only very much slower, but also inconsistent and unpredictable.

Although there is no national template for clinical trial agreements (CTAs), the process for review and sign-off of CTAs in Malaysia is quite fast compared to other countries in the Asia Pacific. On the other hand, sponsors can expect to pay a CTA review fee of up to $1,200 (MYR 4,000). One of the most convincing arguments for conducting clinical trials in Malaysia is quality. Not only is it mandatory for investigators in Malaysia to hold Good Clinical Practice (GCP) certification, the certification can only be obtained by attending a three-day ministry of health approved workshop and then passing a formal exam. Actually, the majority of investigator site staff are GCP-certified, so are most clinical research associates in the country.