Use of Smartphone Apps for Biomedical Research

Use of Smartphone Apps for Biomedical Research 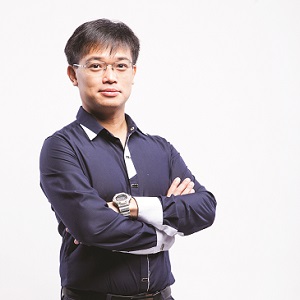 Despite the extensive potential of smartphones, progress in the biomedical sector has been sluggish

Two decades ago, the first smartphones took the world by storm with revolutionary features like email and web browsing. Augmented by quantum leaps in computing technology, the smartphone of today acts as a mini computer with various operating systems. Most notably, smartphones and tablets with the Android (by Google) and iOS (by Apple) operating systems attract the most users, resulting in more than 1.3 million apps being developed for the Google Play Store and Apple App Store respectively. These apps have crept into almost every aspect of modern life, in areas such as transport, social networking, education, and entertainment, but have barely penetrated into research, especially in the biomedical field.

Amongst the plethora of apps, biomedical researchers may find some apps relevant to their research in the categories of "clinical" and "medical tools". However, apps directly relevant to experimental processes are scarce, as pointed out in a recent editorial.

As of late 2014, we found over 1,327 apps on Google Play Store and more than 1,462 apps on Apple App Store using keywords related to biomedical research ("bioinformatics", "DNA", "protein", "genomes", "colonies", and "genes"). Of these, only around 56 apps are directly relevant to biomedical research. These include: 25 native apps used for lab processes; 19 hybrid apps for repository information; and 14 apps for education and reference purposes.

The rise of the mobile lab
Beyond information dissemination and accessibility, scientists would benefit most from native biomedical apps that are directly involved in laboratory processes. With just a gyroscope, camera, and touch screen, a smartphone can be transformed into convenient portable lab equipment (data analyzers, spectrophotometers, cell and colony counters, gel analyzers and others) through the installation of native apps to enhance research productivity and save costs on expensive equipment. For example, GelApp (for Android) and MyGels (for iOS) can transform the smartphone into a pocket gel documentation system for DNA and protein gel analysis. With such apps, future reports of nucleic acid/protein bands can routinely be accompanied by band sizes, augmenting research reproducibility and accuracy towards quantitative biology.

Smartphones are continually increasing in processing power and versatility. Equipped with more powerful graphic and memory cards, clinicians can diagnose eye problems on a smartphone with "Peek Retina"-a camera adapter; bioinformaticians can perform short molecular dynamic simulations, visualize protein structures, or analyze DNA sequencing data "on the go". With in-built Wi-Fi and Bluetooth technology, smartphones can interface with tablets and other electronic devices (eg Samsung Link). Recently, a smartphone-based sensing device was successfully created to detect gas-phase chemicals and hazardous materials. Hence, it is just a matter of time before smartphones displace bulky devices, equipped with the ability to link wirelessly with other lab equipment.

It is foreseeable that small add-on devices or sensors with the ability to connect wirelessly or through the phone's charging ports could be developed to confer niche biomedical applications. By allowing essential laboratory equipment to be reduced to peripheral devices, smartphone and tablets would allow mobile biomedical labs to be easily set up. The increased mobility and convenience afforded by such devices would greatly help the operations of many government and military agencies (eg. Centers of Disease Control, Environmental agencies, Bio-defence military operations, Food Drug Administration). The development of such lab equipment utilizing mobile devices would also be a welcome development for experimental labs with space constraints.

Despite the extensive potential of smartphones, progress in the biomedical sector has been sluggish. The typical biomedical scientist is unlikely to possess the programming knowledge (with the added difficulty that different operating systems use different computing languages) and engineering skills. Similarly, the versatile programmer may not possess the domain knowledge and engineering skills to create such apps and devices for the purpose of biomedical research. To address the need for creative ideas involving native apps and peripheral devices, interdisciplinary collaboration between these parties is a must.

The other obstacle to biomedical app development is the lack of academic recognition, where the majority of biomedical research journals do not have the scope to feature apps. Moreover, the limited memory and processing power of the smartphone constrains the development of resource-intensive native apps, making it challenging for apps to be regarded as scientific contributions. Essentially, this translates to lower motivation for the academic scientist, leaving this exciting area of science predominantly for commercial entities.

Nevertheless, smartphones continue to increase in capability. The iPhone6 is significantly larger than its predecessors, and "phablets" (tablets with phone functions) are increasing in popularity. These devices are already displacing the computer in many aspects (eg. email and internet browsing). While it may take time for these mobile devices to be routinely used by bioinformaticians whose research require high processing capacities and peripherals, it is undeniable that experimentalists - aiming to do quick and simple analysis of their data - would find such apps and devices valuable as they need not decontaminate before approaching a computer terminal. Reducing such daily hassle would result in improved productivity.

Conclusion
Apps promise to play an increasingly pivotal role in our daily lives. The smartphone holds the potential to be used as lab equipment, increasing biomedical research productivity and mobility. If harnessed appropriately, such mobile devices and their apps are bound to result in the rise of the new Mobile Lab.