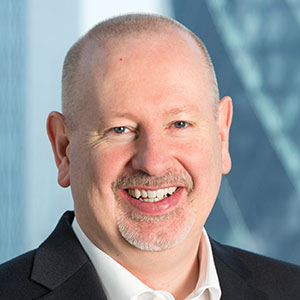 Singapore: Throughout the world, governments are grappling with the growing challenge of providing quality, affordable healthcare. Increasingly, they're turning to technology for the solution.
In the Asia Pacific region, the challenge is particularly acute. Healthcare costs are rising and putting pressure on many government budgets. The Australian Institute of Health and Welfare calculates annual spending on healthcare services now exceeds $6,200 per person. Other developed countries in the region are facing similar burgeoning costs.

At the same time, our overall population is getting older. According to the United Nations ESCAP (Economic and Social Commission for Asia and the Pacific), the Asia-Pacific region is now home to more than half of the world's elderly population. Between 2010 and 2050, this number is expected to triple and number more than 1.26 billion people. By then, one in every four people in the region will be over 60 years in age.

Clearly a different approach is required. Traditional methods of delivering healthcare can no longer meet these ever-growing demands - and this is where we see technology playing an important role.
One example is the rapid development of wearable devices and associated apps that can monitor a user's vital health signs. Rather than needing to constantly visit a doctor for health checks, information can be gathered automatically and sent to the doctor for review.

As an example, recently the BBC reported that Google and pharmaceutical company Novartis are jointly working on a smart contact lens that can monitor a wearer's glucose levels through their tears. This could help to revolutionise treatment for diabetes patients.

At the same time Singapore-based company Zensorium has developed the Tinke sensor. This small device connects to a user's smart phone and can monitor everything from heart rate and lung function to blood oxygen saturation.
Such devices are great demonstrations of how technology can reduce the need for a visit to a doctor or hospital, thereby freeing up scarce resources for more urgent cases.

Meanwhile technology is also being used to improve healthcare services in remote areas across the region. Rather than patients needing to travel long distances to receive care, doctors can use telehealth facilities to confer with patients and provide care and advice.

A great example is underway in remote central Australia where thousands of telehealth consultations are being provided to patients in isolated towns. Doctors located in cities are using video links to meet with patients who traditionally have not had access to this standard of medical care.

The initiative, funded by the Australian Government, is part of a wider telehealth program that will support thousands of people across the country. Similar programs are being put in place across the Asia-Pacific region.

When the use of such technology in healthcare becomes widespread, the amount of data collected will be enormous. Ensuring it is securely stored and readily accessible will be vital.