Digital healthcare ushers in a new era of cognitive testing 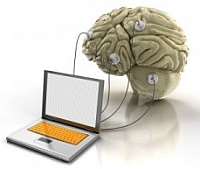 As per the estimates, currently, there are more than 36 million people living with dementia worldwide. Further, it is estimated that between 2010 and 2050, the average increase in dementia cases will be 16.5 million per year. Over the course of the next 40 years, 682 million people worldwide will live with dementia. Healthy cognitive function is not universal or a given; it can be affected by drugs, injury or disease. As such, the need to assess, monitor and improve cognitive function represents a growing market need.

In the primary care, or general practice, setting Cogstate's Cognigram product is a computerized tool which assesses and reports on cognition in patients, allowing physicians to identify and monitor over time subtle changes that could be indicative of the early stage of a neurodegenerative disease, such as Alzheimer's disease.

These tests were instrumental in assisting the work of the Australian Imaging, Biomarkers & Lifestyle Flagship Study of Ageing (AIBL) - the largest study of its kind in the world which is looking for biomarkers, cognitive characteristics, and other factors contributing to Alzheimer's disease. The AIBL study started in 2006 and involves more than 1000 people aged over 60 years.

Cogstate has also been selected as part of the battery of cognition tests in a major global study investigating the early detection of Alzheimer's disease, being run by the international research partnership DIAN (Dominantly Inherited Alzheimer Network) out of the Dominantly Inherited Alzheimer Network Trials Unit (DIAN-TU) at Washington University School of Medicine in St Louis. Cogstate tests are the only computerized cognitive tests included in the study. The Phase II/Phase III clinical trial will evaluate whether two investigational drugs, currently being developed for the treatment of Alzheimer's disease, can halt or reverse pathological changes in the preclinical biomarkers known to be present in patients with the disease.

The AIBL research - four studies in total - used data collected for the major AIBL study to confirm what researchers have long suspected: the link between high beta amyloid levels and an increased risk of Alzheimer's disease. Around 30 percent of Australians aged over 60 years are known to have high brain amyloid levels. At the Alzheimer's Association International Conference (AAIC), held in Boston in July 2013, new data was presented from the study further unravels the links between a person's brain chemistry, genes and their risk of developing Alzheimer's disease (AD). Their research reveals the interplay between two known AD risk factors being the build-up of amyloid plaques in the brain and a common gene variation (BDNF Val66Met).

Brain derived neurotropic factor (BDNF) is a protein which helps existing neurons and encourage the growth of new neurons. It is important for long-term memory. Val66Met is a variant of BDNF which when present in humans alongside high amyloid levels increases the risk of developing dementia. Approximately one in three will carry the BDNF Val66Met gene variation, further increasing their risk of developing dementia. Val66Met has previously been linked to obesity and implicated with memory-related activity, but this is the first time it has been linked to Alzheimer's disease.

The data presented at the conference showed:
â€¢ Among healthy older people, and people who meet clinical criteria for mild cognitive impairment (MCI), high brain amyloid levels indicate that AD-related neuro-degeneration has begun and that memory will now decline at a constant rate;
â€¢ In healthy older people with abnormally high brain amyloid levels who also carry the BDNF Val66Met gene, memory and other aspects of cognition will decline faster than in those who do not carry this variant; and
â€¢ Older people diagnosed with MCI, and who have normal brain amyloid levels, do not show decline in memory over time and therefore their cognitive impairment may be due to other more readily treatable causes such as depression or stress.

The Cogstate tests used in the AIBL (and DIAN) studies is the same technology that is now being rolled out to general practitioner's in Canada, in partnership with Merck. This is a tool that doctors can now use to measure and track cognitive function over time, a useful and accurate tool for early detection of Alzheimer's disease in the clinical setting. Cogstate is looking to roll out the Cognigram test to other global markets.

But it is not just in the detection of Alzheimer's disease that the Cogstate tests play a useful role in testing and monitoring cognitive function. The testing system is increasingly being adopted by global pharmaceutical companies to quantify the effects of drugs being studied in clinical trials.

In this environment, Cogstate provides scientific products and services to optimize the design and execution of clinical trials which seek to establish the cognitive effects of investigational or marketed products. Cogstate also provides scale management, rater training and central monitoring services for paper and pencil neuropsychological tests, rating scales, questionnaires and patient reported outcomes. Cogstate Clinical Trials tests are known as "tasks" and use novel visual and verbal stimuli to ensure assessment is culture-neutral and not limited by a subject's level of education.

Amidst rising concern about the last impacts of brain injury, Cogstate's test is used widely in the professional sports setting to provide baseline testing and 'fit to play' assessments of players following a head injury. That technology is now marketed as Axon Sports. Current users of Cogstate/Axon Sports in Australia include the AFL and NRL, whilst in the USA elite programs such as the NBA, WNBA, NHL as well as college programs such as University of Notre Dame, University of Michigan and University of Connecticut, all use the Axon Sports system.

New technology is now being commercialized, based on Cogstate's technology to "protect and train the athletic brain". Axon's focus is to research, develop and deliver cutting edge tools to assess, monitor and improve the athletic brain. Axon has been developing sport specific training products, initially focused on American football and baseball, and the resulting technologies have now been launched within a small number of elite US college programs. In addition, the first of Axon's consumer iPad apps was launched in 2012.

Driven by more than a decade of peer-reviewed scientific research, Cogstate's computer assessment programs for assessing, monitoring and improving cognition are universal, easy to use and, most importantly - meeting a wide range of needs for improved, accurate and universal cognition testing.