Many travellers go to New Zealand to appreciate and immerse themselves in its natural scenery. 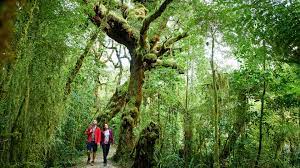 In New Zealand, there is so much nature to feel and absorb — native forests, lakes, islands, estuaries, wetlands, mountains and beautiful landscapes. New Zealand isn’t just the leader in conservation efforts, some of the best online pokies can be credited to NZ too.

Maintaining an eco-friendly natural environment is never an easy task in a world where many are yet to still value its importance. But, New Zealand has proven to be different. Conservation efforts in New Zealand have proved to be the differentiating factor.

From controlling invasive species to rescuing animals from extinction, the island country of New Zealand has become a conservation leader and now leads the way for others to follow.

The Department of Conservation

The DOC is keenly interested in protecting New Zealand’s natural heritage. Everything from preserving historic sites, controlling invasive pests, afforestation and coordinating preservation efforts of the citizenry is handled by the DOC.

One of the DOC’s current projects is saving the Milford Sound Piopiotahi, one of the world’s best travel destinations. Reacting to what it perceives to be too much pressure from tourists on the Milford Sound Piopiotahi’s infrastructure, the DOC has begun undertaking measures to fashion out a newer and more sustainable system. That’s the kind of proactiveness that gets the jobs where conservation is concerned.

One such invasive species is the common brushtail possum that got introduced to New Zealand in the 1850s. Possums are carriers of bovine tuberculosis, a disease that greatly threatens cattle farming businesses. Around 70% of herd infections of the disease can be traced to rodents like possums.

Starting with the Biosecurity Act of 1993, New Zealand established a national pest management strategy to control the spread of the disease. At one point in 2011, New Zealand’s programme for curbing infection rates by reducing possum numbers successfully kept the infection within a small number of herds.

The DOC and  Animal Health Board used biodegradable highly toxic chemical compounds (1080) to target bigger infested areas. The fight against invasive species is still ongoing but New Zealand looks to be dealing with the problem just fine.

New Zealand has been hailed for its conservative operations that helped curb the spread of bovine tuberculosis.

New Zealand has been globally recognised for its efforts in rescuing animals from the brink of extinction. The rescue of the black robin is perhaps the most popular of New Zealand’s rescue efforts.

Because the black robin can’t fly very well, it became prey for species like rats. There was a time, not too long ago, that the black robin birds were only five with just one mature female.

A conservation expert from the Department of Conservation began creating a new crop of black robins through the only mature female (her name was Old Blue). Through Old Blue and efforts from the DOC, numbers have increased to 230 adults.

Many other countries now learn from New Zealand’s model to save birds from extinction.

New Zealand has not been without its fair share of ecological problems. It has suffered from destroyed forests, island eruption and extinct species.

But, New Zealand has reacted to these setbacks in extraordinary fashion and is now a model for others looking to make better conservative efforts.