What makes a country competitive for a clinical research? 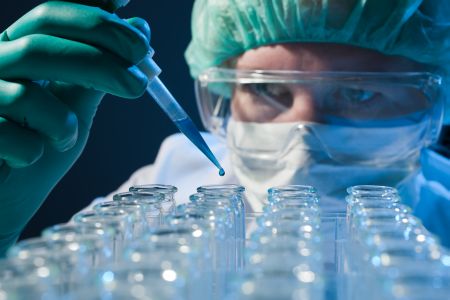 CROs have to develop a good understanding of the issues affecting country competitiveness in order to take their decisions for a clinical study.

Any regulatory body's primary concern is to provide safe and efficacious medicine at an acceptable healthcare cost to society and develop policies that impact pharmaceutical market growth and clinical research. Access to life saving medicine for a major section of the society is another goal.

With respect to healthcare cost, during the year 2012, three countries saw a decline in the expenditure on medicines, including the US, France and Spain. Generics substituted brands under various government initiatives.

Although biosimilars gained ground in Europe and emerging markets, the guidelines formulated by the US are still open to interpretation and have not been helpful. Governments in various countries have used 'compulsory licensing' as a means to ensure greater access to drugs, as was done by the US in order to make anthrax drugs available to its public. On issues related to participant safety in clinical trials, regulations have become more stringent in countries like UK and India.

Overall, the regulatory environment has become more complex. Clinical research organizations (CROs) have to develop a good understanding of the issues affecting country competitiveness in order to take their decisions for a clinical study. The primary objective of the sponsors is to conduct phase III clinical trials to get marketing authorization, in order to sell their drug in key markets. Their second objective is to get the drug swiftly into key markets by conducting study in countries that speed up study completion. Speed in a phase III study is influenced by the time it takes to start a study and the speed of patient enrollment. Country attractiveness is a combination of various factors, including market size, regulatory timeline for study start and fast patient enrollment.

Delivering studies on time requires speed in clinical development. Earning the confidence of regulators has been important to start studies on time. Relationship with high recruiting sites, expansion to fast recruiting countries like Germany, Korea, Russia and Thailand has been helpful. Investing in regulatory, medical and expertise in biostatistics also contributes in designing smart protocols with optimal sample size. All these in turn contribute to a swift study.

Regulators in China, Japan and India take six-to-nine months to permit a clinical study, which is six months more as compared to nations like the US, Canada, Western Europe and Australia. In spite of this, these three countries figure in the top five clinical trial destinations due to the importance of the country as a market.

Korea and Australia are also very attractive clinical trial destinations ranking second and fourth respectively. As a market, they rank fifth and twelfth globally. In South East Asia, Singapore and Thailand are presenting themselves as attractive destinations for phase III studies as well as
for early drug development.