Quality researchers give an edge to Australia 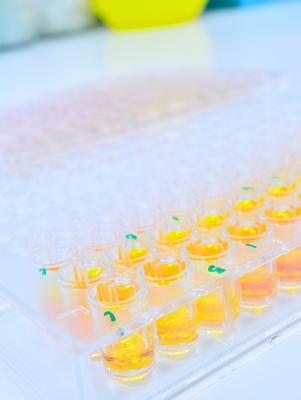 Australia has a strong economy, a stable financial system and got through the global financial crisis due to its quality checks and balances.

With increased investment in Asia, some pharmaceutical companies such as Roche and GlaxoSmithKline have decided to set up hubs where there is a large volume of clinical work. This makes a lot of sense as two-thirds of the world's population is in this region. Australia could never compete with that nor would it need to. Australia continues to be known as a place of true innovation in scientific research with world-class facilities. The concepts are developed in Australia, with capital investment going to other parts of the world for production and marketing.

Australia has a strong economy, a stable financial system and got through the global financial crisis due to its quality checks and balances. Caution and care are qualities not to be taken lightly in this current climate and yet through all this, private and government funding is still occurring.

For example, the New South Wales economy is larger than each of the national economies of Hong Kong SAR, Thailand, Malaysia, Singapore, the Philippines and New Zealand, based on estimates of GDP in US dollars for 2010, according to the World Economic Outlook, October 2010, International Monetary Fund. Australia is currently ranked fifth in the world for financial development, according to The Financial Development Report 2011 - World Economic Forum.

With the investment Australia has received, universities and research institutes have created hubs of excellence in genomics and molecular biology, transforming the way forward for the future of medical treatment. Australia is also culturally diverse and the wide variety of Asian languages spoken in the country has attracted international firms looking to establish regional hubs of customer service centers in the Asia Pacific.

The Jones Lang LaSalle 2013 report Asia emerging as a hub for global pharmaceutical industry describes the pattern of growth that is being witnessed in the Asia Pacific region. This growth is highly influenced by consolidation and expansion of pharmaceutical companies outside their home bases in Asia.

Globally, Japan holds second position in prescription drug sales and has Asia Pacific region's second highest total health expenditure. China is emerging as a prime candidate for research and development investment due to its talent pool and strong government support. India has the potential to become a major pharmaceutical hub. Indonesia is anticipated to rank as the sixth largest pharmaceutical market in the region by 2016 and Singapore's life sciences clusters are focusing on the high-tech aspects of research and innovation, with strong intellectual property protection laws, stable political structures and favorable tax policies. However, all this does not detract from the success and investment in research that Australia is bringing not only to the Asia Pacific market, but also to the global picture, together with its Asian partners in the region.

Australia must continue developing its innovation pipeline to be recognized as a center of excellent research to attract scientists and key stakeholders. Key partnerships will be necessary with companies and groups that understand the Australian market place, to influence across the globe without being threatened by the volume of investment and growth occurring in the neighboring countries.

The Australian government is focused on providing quality education in schools and universities to keep the country on the forefront of science and innovation, which are critical to the continued development of biopharmaceuticals. However, Australia must retain streamlined processes in clinical trial initiation, including its efficient regulatory processes which enable a streamlined single ethics review process. Australia is a great place to initiate early phase work in devices and drugs, and studies can be set up with a good patient pool for these smaller studies.

Listing on the Pharmaceutical Benefits Scheme (PBS) could also be a challenge affecting the decision of companies to launch in Australia. Besides, early considerations in drug development will be critical to the end point of the products' future and of that of the Australian market. Sharing resources across the globe to assist the markets is one way to overcome some of the challenges that Australia may face due to skill shortages. If a company grows a team of like-minded experts around the region, it will enable Australia to contribute to the global programs in both hemispheres as well as in the emerging markets of the Asia Pacific region.

It is this spirit, which infiltrates the Australian work ethic and a reason why Australia is still regarded and respected as an influential member of the Asia Pacific region. It may not be considered as an operational hub for pharmaceuticals but it has considerable influence in the biotechnology sector.

In terms of discovery research, Australia is competitive in the quality of its researchers, the relative cost for its skilled scientists, and the quality of its laboratory facilities. However, competitors in Asia Pacific are not standing still. Several other regional players have been raising their profiles as countries for quality research and development (R&D) investments while maintaining more cost effective environment than Australia. This is perceived to be an increasingly important threat to R&D activity in Australia.