Abuse of clinical trial laws need to be prevented

Abuse of clinical trial laws need to be prevented 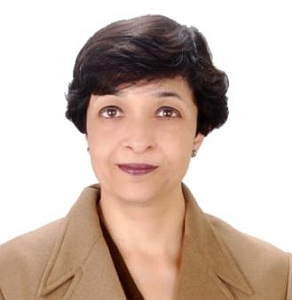 Ms Kumkum Sen is an Advocate on Record (AOR) of the Supreme Court of India since 1988 and is a current partner at Bharucha & Partners, New Delhi

Clinical trial is a process which involves testing of efficacy of drugs for the purpose of determination of safety, proper dosage range and side effects, prior to the drug being certified and released in the market. A treatment could be an oral medication, medical or biologic device, blood production, gene therapy. Before being prescribed on patients, items having acceptable safety profiles, undergo clinical trials on human beings.

While there is basis for clinical trials to be treated as matters of concern, such trials are indispensible - to put it bluntly, to improve quality of treatment, to determine if a new medication is safe and effective, to find more ways to treat, prevent, or diagnose diseases, reduce toxicity and lower side effects of treatment, so that patients can be given better cure and comfort, there is no alternative to clinical trials.

The question is how such trials should be conducted. From the technical perspective there are stages and phases; the initial stage is that of study on laboratory animals, before being escalated to the human level. There are concerns about animal testing as well, but there is no alternative as the initial process which involves co-relation.

At the human being level, the trials are divided into four phases; the first phase is restricted to a small group of 20-to-80 persons and the purpose is to determine the level of tolerance and adverse reactions, if any. The second phase is more exploratory and involves a larger group of people that is, 100-to-200 in number. In the third phase which is confirmatory in character approximately 1000-to-3000 persons are administered. The last phase is usually conducted after the drug or treatment has been marketed for continuous study and monitoring of the drug by collecting information from the affected population, particularly in its long term use.

There are certain laws, rules and regulations which govern clinical trials in India, of these the major one are the Drugs & Cosmetics Act specifically Schedule Y thereof contain provisions which require a license to be obtained before manufacturing, importing or marketing a new drug in India. Part XA (Rules 122A to 122E) of the Rules lay down the conditions and procedure for making applications for the grant of a license and the ICMA guidelines which seek to introduce and regulate effective ethic guidelines for the tests to be conducted.

Therefore, in holding clinical trials are essential, its' equally important to ensure that there is no abuse of the process. Perhaps, historically this goes back to World War II and the Holocaust when various atrocities were carried out on dwarfs and children in the name of clinical experiments. The Nuremberg Code is the outcome of this horrifying experience in the first instance making voluntary consent of the human subject imperative. It requires that experiment should be such that it should yield fruitful results for the betterment of the society and be based on the results emanating from the previous experimentation and knowledge of the disease.

There have been since other similar initiatives, such as, 'Declaration of Helsinki' being one which seeks to address issues not covered otherwise that of patients undergoing have to be guaranteed the best proven diagnostic and therapeutic methods. One of the greatest aberrations of more recent times is the 'Tuskegee' incident where 399 black men who were misled that they were being treated for the disease, while clinical studies were conducted for syphilis, leading to death of 28 of these men, and others including their wives and children.

The 'Tuskegee' incident led to further awareness and concern about the vulnerable populations and groups being identified, such as mentally and emotionally disabled persons, children and requiring that protecting human rights and dignity, full disclosures in the process of individual consent should form the basis of this regime.

In India, the first Indian Ethics Committee was constituted more than 30 years ago when the Indian Council for Medical Research (ICMR) in February 1980 issued the first official guidelines for the formation of Ethic Committees laying down membership criteria and ethical standards for review.

Appendix V to Schedule Y of the Drugs & Cosmetics Act, 1940 contains the provisions which prescribes a procedure and format by which prior informed consent of the volunteer is to be obtained. Rule 5 of the Schedule Y provides for the responsibilities of the Ethics Committee to ensure rights, safety and well being of all trial subjects Before carrying out the trials, the protocol for the same has to be reviewed and approved by the Ethics Committee of the institution in which the volunteers are being subjected to the trial (for example, patients in a hospital).

The Ethics Committee is comprised of a team of 5 to 12 persons, consisting of doctors, the institution, independent observers, ethicists and lawyers. If an institution does not have an Ethics Committee, the protocol approved by the Ethics Committee of another institution would be applicable to it, and in case neither of the institutions have an Ethics Committee, a protocol accepted by the Investigator and approved by the DCGI would be sufficient to initiate the clinical trials. The Rules also recognize that special studies will have to be carried out with regard to dosage. However, this regime is far from satisfactory. The Rules do not prescribe any mechanism to ensure the effective and transparent implementation of the safeguards, so that a meaningful consent is obtained and the subject has been provided adequate information.

There has been a rise in the number of trials being conducted. India's patient's diversity and availability, and other conditions have attracted Corporations, but not researchers, what the Ethics Committees lacks are transparency. In a country where poverty is high, as is the lack of literacy, implementation of regulation is not easy. There has been a history of concern on conducting tests on impaired and challenged humans. There is no interface of the Committee with other agencies or engaging in advocacy. This inwardness has to change in order to benefit all stakeholders.